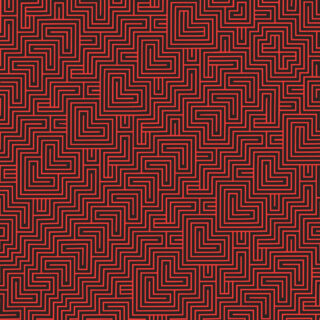 It’s been almost 20 years since The Black Angels ignited a psychedelic revival in the prolific Austin, Texas music scene. Drawing inspiration from The Velvet Underground, band members Alex Maas, Christian Bland, Stephanie Bailey and the galaxy of musicians orbiting around them built a steady circle of players and listeners that became wider and wider in time, eventually coalescing into the Reverberation Appreciation Society, known for a string of record releases and psych festivals.

Despite their deep involvement in the arts and music industries, The Black Angels have released relatively few of their own albums during their 18-year career – this new Wilderness of Mirrors being only their sixth, coming after a silence of five years. Inevitably inspired by the “overall insanity” (Maas’ words) that shook the world over the last few years, Wilderness of Mirrors truly feels like a huge step forward in the band’s approach to music. Loosening the tight grip of their mind-altering sonic palette, always packed with fuzzed-out guitars and countless layers of echoing instruments, without losing their signature sound and vibe, this time they allow for stripped-down songs to enter the tracklist – see ‘100 Flowers of Paracusia’, a remarkable example of the band’s ever-strong songwriting. There’s even space for a guest voice to sing on the album – that of Thievery Corporation’s LouLou Ghelichkani, with her French contribution to ‘Firefly’. Wilderness of Mirrors is a glorious comeback for a band who shaped the contemporary take on a past sound without feeling outdated.