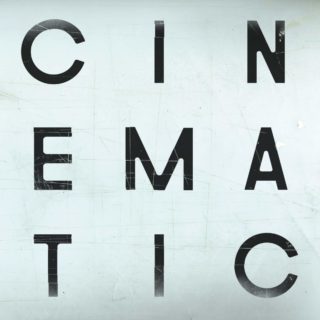 When The Cinematic Orchestra released their last studio album, 2007’s ‘Ma Fleur’, the first iPhone was weeks away from reshaping our relationship to technology, Donald Trump was a mere television personality, and nobody had yet uttered the words ‘Brexit’ or ‘Spotify’. How much has changed in 12 years. The concepts behind ‘To Believe’, the new album from founder Jason Swinscoe and long-time partner Dominic Smith, immediately resonate in 2019’s thoroughly transformed era of post-truth politics and aggressive, algorithmically-determined advertising: what exactly do we believe in, and why do we believe in anything at all?

These are big questions. They aren’t really answered here so much as rhetorically floated, but the album’s seven extended compositions nevertheless provide moments of transportive introspection, much needed in a world that’s rapidly forgetting how to switch itself off. Textured instrumentation, painterly electronic flourishes and panoramic narrative arcs remain the outfit’s calling card, twenty years on from the downtempo jazz mosaic of 1999’s ‘Motion’. If anything, the production is more sublime than ever.

There is, however, a sensation that their years away from the studio, many of them spent performing their back catalogue to sold out audiences, may have facilitated a formulaic, nostalgic approach to songwriting. ‘To Believe’ pretty much starts where ‘Ma Fleur’ left off, with the title track’s sparse guitar and Moses Sumney’s quivering falsetto delivering a resolution that’s as studied as it is stirring. The slightly laboured route feels a missed opportunity for the kind of serpentine, exploratory vocals that Sumney’s made such a name for.

Tawiah collaboration ‘Wait For Now/Leave The World’, with its beautiful, eddying coda, and lush instrumentals ‘Lessons’ and ‘The Workers of Art’ likewise sound like they’re doubling back to a formula last employed 12 years ago, for all their affecting moments. Real momentum comes with ‘A Caged Bird/Imitations of Life’, which sees Roots Manuva’s gruff, urgent verse lamenting confusion and manipulation over propulsive, clattering percussion: “Situation is strange to us/ Stranger things are claiming us”. It’s a shame this high-energy, rhythmic impulse only really appears once on the album; for all the towering majesty of the rest of the songs, their stylistic similarities bleed into one another, causing the album to feel bloated and overly serious at times.

Regardless, Swinscoe and Smith have produced a powerful and polished record, cementing their esteemed position in alternative British music. Fans of the ensemble will be sure to embrace ‘To Believe’ enthusiastically, especially after waiting for so long.