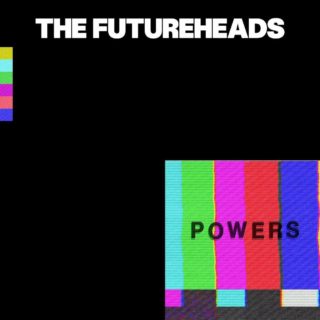 Back in the resurgent guitar wave of the noughties, The Futureheads were the jittery, nascent upstarts adding a very northern twang to a landscape revitalized by some of New York’s finest. Signed to the (once) effervescent 679 recordings, they joined a distinct hubbub of label mates in The Streets, Death From Above 1979, Kano and the Mystery Jets all contorting music in very different ways.

And for a decade, The Futureheads made albums at a pace that was as urgent as one of their tracks. Every two years, an album would be punched out with jerked guitar lines and manic energy; all pressing hooks and choruses and excitable barbershop vocals. But then it all went purely a cappella with 2012’s ‘Rant’. It wasn’t the worst thing (their cover of ‘Meet Me Halfway’ is peculiarly excellent) but it didn’t really feel like The Futureheads primarily because you felt they had to be plugged in themselves; the voltage flowing through their joints in a constant state of jolting, harmonious happiness.

In the aftermath of that release, it seemed like they were done; the drift into side projects becoming the inevitable, extended hiatus before the forgotten obituary. But, seven years later, The Futureheads have come good on the promise of a new album they made earlier this year. And you know what? It’s a beaut.

Alive and amplified, ‘Powers’ is bright and bombastic. It could be the time away or the fact that there’re a few small issues to kick against, but it’s the sound of a band rested and rejuvenated. ‘Jekyll’ is all dramatic vocals and dueling guitars, ‘Good Night Out’ plays on the choruses that have always made them such a radio-friendly proposition and ‘Headcase’ hits like a modern version of ‘Meantime’.

But presumably tired of Sunderland being branded, bandied and bashed as a Brexit stronghold, there’s an anger to tracks like ‘Animus’ and ‘Across the Border’ that strike a personal chord.

“We live in a region that’s somehow or other been tagged as the poster boy for Brexit,” Ross explained in the build-up to the album’s release. “The misinformation and aggression that this referendum has brought out in people has become a really terrifying thing that I haven’t seen in my lifetime. It’s a defining moment in British politics that’s impossible to ignore if you’re making art.”

Falling somewhere between the unhinged intensity of Blur’s ‘Bank Holiday’ and the manic, megaphone bark of Mclusky, ‘Across the Board’ delivers on that disaffection the strongest, but it’s an angst softened when it’s set against the Doves-esque ‘Stranger in a New Town’ or the playful repetition and blustery choruses of the album’s triumphant closer, ‘Mortals’. It took a little longer this time out, but The Futureheads are still having a blast.

How do you solve a problem like global ecological collapse? Grimes’ solution: invent another avatar

The message in King Krule's Man Alive! is lying in wait for you

Douglas Dare has made an album for anyone who's ever felt strange, or shy, or small