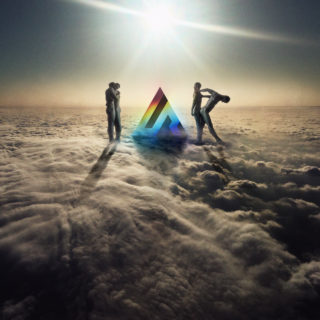 The release of the latest Perfume Genius record a few weeks ago has already guaranteed that this third album by The Irrepressibles will not be the most talked-about queer-pop LP right now. Superheroes, though, is no less ambitious than Set My Heart on Fire Immediately and neither does it lack a similar commitment to sonic diversity. This is the third outing for what is, in reality, a solo vehicle for Jamie McDermott, now rechristened as Jamie Irrepressible, and whilst he’s always placed his sexuality at the heart of his writing and cast a wide net in stylistic terms, Superheroes feels like a particularly progressive effort – a concept album telling the story of a love affair that’s both set in Berlin and that takes its musical cues from the city.

Accordingly, this is an eclectic suite that veers from the weird funk strut of ‘Dominance’ to breezy techno (‘Let Go’) and soft, ’80s-inflected synthpop (‘Submission’) without missing a beat. McDermott has set himself few parameters here, meaning that there’s room for the instrumental ‘Wranglestrasse’ – piano, brass, strings, little else – alongside a spoken-word piece (‘The Distance of Time Between Us’) and broken balladry (‘The Most Beautiful Boy’). His writing style is forthright – sometimes bracingly so – although if the record doesn’t suffer musically for spinning so many different plates, it does make a narrative that might otherwise have followed a consistent arc a little harder to discern. Still, on a track-by-track basis, McDermott cleverly inflects the central romance with incisive commentary on masculinity and mental health. Superheroes is a hectic slalom through his influences and his own ideas, and a rewarding listen in terms of both the medium and the message.