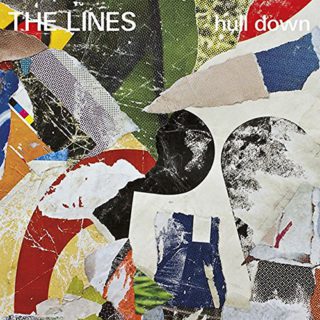 ‘Hull Down’ is a ‘lost’ album from a post-punk London band who expired over thirty years ago – an unreleased collection of tracks, which, in the early 80s, might or might not have eventually coalesced to form The Lines’ third record. It completes the Acute label’s admirably completist compiling, and release, of all of the band’s material. But while a document of a lost album from a band whose obscurity largely hid them from view, even during their own time, spikes the interest and inspires a feeling something akin to watching a BBC4 documentary, the music itself needs to stand up on its own – and happily, it very much does.

The sparse structures, sharp synth melodies and thin drum machine sounds in songs like ‘Single Engine Duster’ hit home like an unpolished ‘Blue Monday’, while ‘Nicky Boy’s Groove’ has tinges of Krautrock, and you can see why The Lines were once booking shows with The Cure and Bauhaus. As the living ghost of an era long departed, ‘Hull Down’ is fascinating. As an album in its own right, it’s equally good.