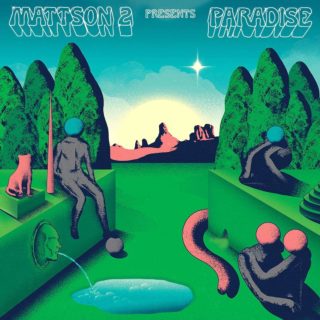 Jared and Jonathon Mattson have never been ones to play it safe. Uniquely in tune with one another as only identical twins can be, the pair have pushed the boundaries and explored new corners of their sound with every record they’ve made. They’re the duo that covered John Coltrane’s most acclaimed album without so much as picking up a saxophone, after all. Their eighth record, Paradise, sees the pair adding vocals for the first time.

Wonderfully hazy and firmly sat on the right side of jazz fusion, Paradise is an album that glimmers with Californian sunshine, even if you’re listening to it over a rainy spring weekend. Pieced together from alternately needling and reverb-soaked guitars and backed with effortless, springy rhythms, The Mattson 2’s latest is LA jazz via the psychedelia-lite of Mac DeMarco and Tame Impala.

Its complexities are often hidden away beneath deceptively simple sounding riffs and refrains. Take second track ‘Wavelength’ – a breezy, sun-soaked road trip of a song that cruises along playfully until it opens up into a series of hypnotic solos. Likewise, ‘Essence’ bears all the hallmarks of slacker pop but balances its lo-fi qualities with far more musicality and ambition than many of that genre’s most popular talents.

In places, Paradise may be too breezy, and the laidback nature of its tracklist does mean that the album can get lost in its own pleasant haze if you’re not paying close attention. However, given the Mattson’s history, even Paradise’s less-than-enthralling moments feel intentional. Summer’s coming, and we could all use a trip to the Mattson’s paradise.