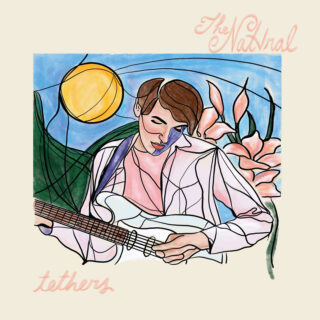 Palate cleansers. Fancy restaurants can’t get enough of them, but in music they’re a completely foreign concept. Until now.

Tether, the debut album from The Natvral, attempts to bring the idea of the cleanser into the world of indie rock, one reverberated guitar strum at a time. The new project by Kip Berman (formerly of The Pains of Being Pure at Heart fame) offers up nine tracks of super soft-scooped Americana, expertly cleansing the remnants of his shimmering indie past with each and every mouthful.

While successful in creating a clean slate, the record does suffer from its vanilla nature. At first there’s real promise. The soothing organs of ‘Why Don’t You Come Out Anymore’ and ‘New Year’s Night’ shine bright, perfectly blending the concept of the cleanser with music that’s enjoyable in its own right.

However, these moments are few and far between. Due to the rest of the album’s distant hollowness things quickly become somewhat unmemorable, leaving the listener with nothing more than an aftertaste of Neil Young. With Tether, The Natvral have succeeded in creating the world’s first aural palate cleanser, but at what cost? Sometimes you’re just better off with a bit of flavour.