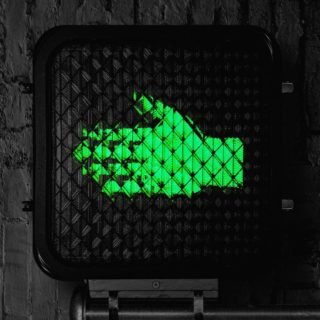 Months before release, The Raconteurs teased their third album, Help Us Stranger, with a YouTube clip. Members Jack White, Brendan Benson and Jack Lawrence are parked in a large car outside their Nashville studio, listening to an early mix of the album, broadcasted to the car stereo via an FM mini-station they’ve set up in the control room (satisfied, they head back indoors to mildly exasperated producer Vance Powell). For better or worse The Raconteurs — and White more explicitly, who infamously “banned” cellphones at his concerts in 2018 — seem to demand a minimum level of listener participation. This is music that harkens back to the golden era of radio rock, optimised for your car speakers; to be played loud or not at all. One imagines if you dare listen with AirPods, White will track you down.

The clip is perhaps the most adequate visual metaphor for The Raconteurs in general; a supergroup that is also a “safe space” primarily for White and co-frontman Benson to act out the myth of rock authenticity, riffing at the alter of The Who, Led Zeppelin and Cheap Trick. 11 years since their last album Consolers of the Lonely, and numerous individual solo projects later, the founding principle of The Raconteurs remains intact. They’ve even done a Donavan cover this time around.

But it’s taken the intervening years to reveal just how colourful The Raconteurs’ take on radio rock is compared to the Aston Martin-driver blues of The Black Keys. White’s soloing is imitable only in the manic braying of donkeys, popping collage-like from the Benson-fronted ballads ‘Only Child’ and ‘Somedays (I Don’t Feel like Trying)’. Drummer Patrick Keeler and bassist Jack Lawrence neatly sidestep the obvious, decorating the rhythm section of legitimate career highlight ‘Help Me Stranger’ with wandering bongos and a grizzly bass synth. The guitar/vocal interplay of White and Benson — usually hype man and straight man respectively — still prove to be the biggest draw with the likes of ‘Bored and Razed’, guilty as the singers are of some lyrical clunkers in other spots, none being worse than “there’s a man who lives up the block / he doesn’t even own a clock” on the otherwise resplendent, fiddle-laden folk rock closer ‘Thoughts And Prayers’.

Even if the bombast of Help Us Stranger generally falls somewhere below ‘Salute Your Solution’, it still evidently fits the bill for The Raconteurs’ rock and roll fantasy just as Consolers of the Lonely and Broken Boy Soldiers did before them. As fun as all this let-the-good-times-roll hardened power pop is, it couldn’t have been more fun than making it — bogus mixing techniques considered.