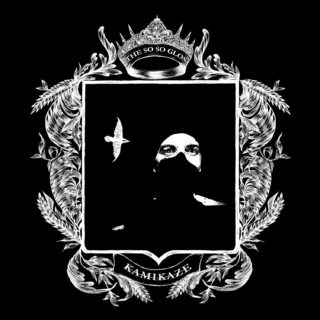 People have often heard the stories about The So So Glos before they’ve actually heard the band. That’s because the New Yorkers’ local pro activity and on-the-road antics regularly proceed them. These are the four brothers who built two of the scene’s foremost DIY venues (Market Hotel and Shea Stadium), have broken each others’ bones through inter-band brawling and generally lived band-life in the ludicrous fashion that ‘career-choice’ constitutes.

Over two albums and two EPs they’ve distilled their enthralling, slightly dysfunctional spirit into a series of 3-minute chunks of punk rock. Their songs talk about national politics, social issues and local injustice – all with gritty passion. ‘Kamikaze’ is more refined than previous efforts (in particular the instant ferocity of their 2008 breakout ‘Tourism / Terrorism’) but it’s a mixed bunch – ‘A.D.D. Life’ could pass for early Green Day, ‘Going Out Swingin” like Dropkick Murphys and ‘Sunny Side’ is a punk stab at The Kinks. It’s largely cartoonish fun. The So So Glos may not be the best band in NY, but it’d be an infinitely poorer place without them.