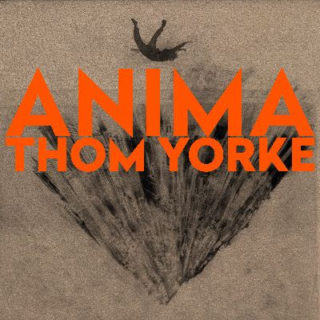 ANIMA, the Paul Thomas Anderson-directed short film of the same name that accompanies this third solo record from Thom Yorke, opens with a title card that urges the viewer to play it loud. Anybody who’s caught one of Yorke’s solo shows over the last year or so will understand the sentiment even before they’ve heard ANIMA; a slew of these new songs were already on the setlist this time last year and what was striking about them at the time was how his older material was reshaped to fit this new mould.

After years of flirtation with the clubbier side of electronic music, ANIMA represents Yorke’s first full-throated declaration of love for it. It also feels like the clearest distillation yet of the themes he’s been wrestling with over the past decade or so, since The King of Limbs; the low-level thrum of the anxieties of the digital age that ran through Tomorrow’s Modern Boxes here blossoms into outright agitation, from the jittery beats underpinning opener ‘Traffic’ to the quietly urgent techno that characterises ‘Not the News’ to, on the bleak and beautiful ‘Dawn Chorus’, a disquietingly irregular electronic spiral that sounds like an old-fashioned tape loop.

Even at the points where, compositionally, we’re reminded that Yorke is the frontman for one of the world’s biggest rock bands – the more traditionally-structured ‘I Am a Very Rude Person’, on which the groove harkens back to In Rainbows, is a case in point – the heavy lifting is being done by the hum of the electronics, even as Yorke’s finding room for ghostly choir backing and quiet, noodling guitar. Nigel Godrich’s influence looms larger than ever, which is surprising given that this  is the first of Yorke’s solo efforts to feel truly divorced; The Eraser didn’t stray too far from them, and Tomorrow’s Modern Boxes lacked something for their absence. Finally, with ANIMA, it feels as if Yorke is realising his solo vision, from the music to the themes to the rollout – he’s done something radical enough to get out from under Radiohead’s shadow.