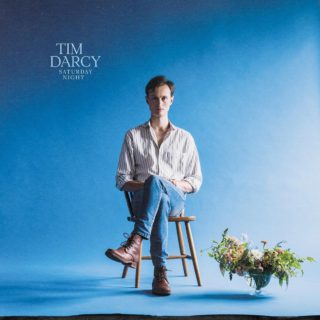 Tim Darcy might have been forgiven for wanting to take some time off after a whirlwind few years fronting Ought, but instead, he’s back out on the road in 2017 in support of his debut solo record, the tracks for which were recorded during the same period in which his band’s 2015 second LP, ‘Sun Coming Down’, was cut. The title, ‘Saturday Night’, reflects the fact that he mainly snatched writing and recording time at the weekends, and it shows; as tightly wound as the album’s concept is, the sonic feel is laid-back, and suggests that at no point was experimentation off limits.

Where Ought’s speciality has been in keeping the noise tight and controlled, Darcy breaks away to flit between the raucous (‘You Felt Comfort’) and the reflective (‘Saint Germain’). His peculiarly eloquent vocal delivery becomes the album’s calling card, particularly when the consistently lo-fi backing gives him some room to breathe on the downbeat likes of ‘What’d You Release?’. Fans of Ought’s signature scintillation might find ‘Saturday Night’ a touch indulgent, but let Darcy off – he’s cleansed the palate in intriguing fashion here.