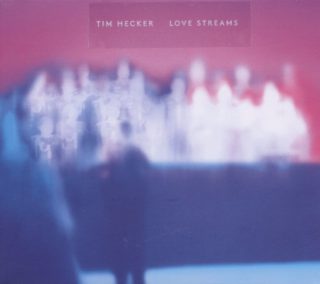 Experimental. Musically speaking, it’s a word earmarked for the dissidents who inhabit a studio-based left-field, hunched over mismatched hardware stacks and Matrix computer screens, snaking wires and LEDs facilitating the free-falling data crunch as binary curiosity converts into an exploration of sound. Often the reserve for the Richard Jameses, Daniel Lopatins, and Tim Heckers of this world, it’s electronic adventures through the digital ether like ‘Love Streams’ that earn that curiously exalted affectation.

Hecker deserves that status. The one-time political analyst PhD explorer of urban noise has made a brilliant habit of creating music that’s spectral and understatedly spectacular – technological without ever being circuit-board tiresome.

Over the course of his previous seven albums, he’s inhabited a similarly familiar headspace of ambient, drone and abstract electronica, but his art has always been in the discernible nuances more so than defiant differences. On album number eight, however, Hecker shifts into distinctly more human territory, distorting and deconstructing vocals in a way only he can. And armed with 15th-century choral motifs, polyphonic scoring software and a determination to explore and deconstruct vocals, ‘Love Streams’ is a triumph of dark harmony.

From the low-end thrums of ambient and drone to the eerie echoes of the Icelandic choir that gloriously become the album’s muse, Hecker’s abstractions float and fluctuate, stretch and mutate, the music always disparate but constantly morphing into something that transcends the experimental sum of its parts.

After opener, ‘Obsidian Counterpoint’ creates a celestial, Zelda ‘Ocarina of Time’ vibe, ‘Music of the Air’ swims into focus with the first wave of ghostly vocals drifting through the walls, carrying some of the eeriness that made his 2013 album, ‘Virgins’, such a compelling listen. That ethereal tension blooms into full, horror-movie suspense on the unsettling ‘Violet Monumental I’ and ‘Violet Monumental II’. On the former, voices whisper and chatter with a Sixth Sense tension to the sound of an off-kilter carousel in an abandoned fairground; on the latter, it’s the heightened sensitivity of an old house, every scratch and creak adding to the density of unease.

‘Castrati Stack’ breaks that mood somewhat with deep, distended chamber vocals that lay it on thick, filling the dead space between low frequencies, giving the track a purposeful, deceptive power. The incredible ‘Black Phase’ aside, it’s the best example of Hecker coercing the multitude of ‘guess-what’ elements to co-exist. And where the delicate ambience of ‘Up Red Bull Creek’ and the heady spirituality of ‘Voice Crack’ continue to make the vocals a pillar of the album, it’s on the aforementioned ‘Black Phase’ that Hecker’s vocal exploration brilliantly converges with his refracting electronics.

Touching on a bleak witch-house aesthetic, the power comes in low and guttural as the vocal contrasts the darkness with a harmonised sweetness. Minimal in comparison to the rest of the album, each aspect is left to echo and bloom into empty seconds, briefly lingering before bleeding into the grinding, static drone.

It’s a finale that beautifully underscores Hecker’s ambition, intent and consistently low-key evolution. From the ephemeral to the discordant, it’s the imperceptible fragments and figments of sound that makes this record so compelling.

After almost 20 years and eight albums of experimentation, Hecker’s long past reasonable doubt, and ‘Love Streams’ continues to prove his brilliantly complex theory.