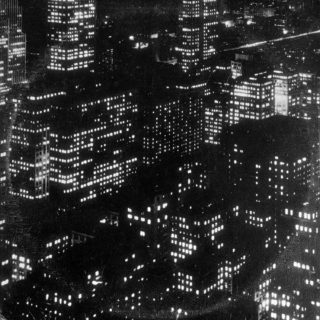 If you want to gauge the mood of Timber Timbre head honcho Taylor Kirk on his band’s fourth album, skip straight to first single ‘Sewer Blues’. “Now I’m coming for you, moving through this tomb,” he intones as the dark’n’dirty dirge chugs away in the background. Written as the nadir of 2016 was coming into focus, it paints a somewhat dystopian vision of a society out of control and typifies the record’s tone of, in his own words, “utter chaos and confusion.” This is a good thing for ‘Sincerely, Future Pollution’, whose nine tracks have a deliciously inky, retro feel, like Nick Cave fronting a bitter ’80s Vegas house band.

Kirk does a passable impression of the Murder Balladeer on opener ‘Velvet Gloves & Spit’, but he’s not the only inspiration here; as on previous albums, there are hints of Elvis and Roy Orbison as the music switches between woozy slow jams (‘Moment’), oppressive sci-fi electro (the title track), and sickly, bosa nova lounge music (‘Western Questions’). And while all that could scan as a bit much, in Kirk’s hands it’s all so stylishly atmospheric that any lingering doubts about its originality or weirdness are soon forgotten. The whole thing feels like coldwave with more of a groove, so much so that ‘Grifting’ is practically uplifting, even if the closing ‘Floating Cathedral’ is a slight Twin Peaks drag.

So what if it’s a little strange? Given the world we live in, we could do with more art that reflects such abnormal territory.