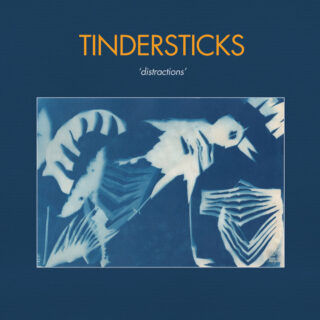 There was a quietness to Tindersticks’ previous album, No Treasure But Hope, that clearly continued to resonate with frontman Stuart A. Staples, Nottingham’s enduring singer-songwriter and great white hope to sensitive souls in the 1990s who find themselves sensitive souls in the 2020s for an entirely different set of reasons.

Album opener ‘Man Alone (can’t stop the fadin’)’ sees Staples burrow deep into this minimalism, crafting one of the most impressive moments in his back catalogue. Sounding like Nick Drake lost in the club, it builds, pauses, allows for bursts of wailing anxiety and then shows its hand in the final two minutes. This sets the pace for an album that uses its smallness effectively, never the wrong side of engaging. Its only misstep is a cover of Dory Previn’s ‘The Lady With the Braid’ that never quite knows what it’s doing – a sparse arrangement doing little other than shedding the song of its interesting parts, its sexuality and menace. No matter: on their thirteenth album, Tindersticks sound warm, close and very human indeed.