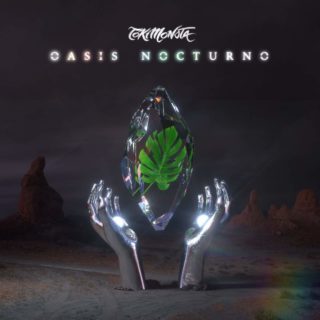 In 2015, TOKiMONSTA lost the ability to hear music. After two sets of brain surgery to treat moyamoya, a life-threatening brain disease, music lost all melodic meaning for the LA producer, also known as Jennifer Lee. Despite the trauma of this incident, her recovery was swift and successful: she played Coachella just four months after her surgeries and became the first Asian American producer to receive a Grammy nomination for the best dance/electronic album in 2017.

Oasis Nocturno follows 2017’s Lune Rouge, an album entirely composed of songs that Lee wrote while recovering her musical sensibilities. This new record is similarly moving and can be understood as Lune Rouge’s second act, another step along her journey of recovery and reclaiming her narrative.

Echoes of the last few years’ events ricochet throughout this album. These can be traced through ‘Up and Out’, a track that takes its time, to the tender and sensual ‘Phases’, to the album’s closer ‘For My Eternal Love Dream, My Treasure’. The latter transmits a feeling of relief – of having said your piece, even if no one will ever hear it.

The album’s features are lengthy, and certainly have their extraordinary moments; EarthGang’s rap on ‘Fried For The Night’ is a highlight of the album. Elsewhere though, they feel like they compromise Lee’s true production abilities, squashing the instrumental to make room for the vocal feature.

Oasis Nocturno is an emotive spin on nu-hip hop, cementing TOKiMONSTA’s auteur-like relationship with the mainstream.