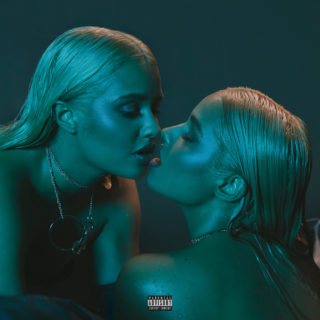 When Tommy Genesis burst into the collective consciousness for the first time a couple of years ago, she quickly garnered substantial underground press acclaim. In the time since, she has bagged a major label deal and toured as the opening act for Dua Lipa. It is the second sentence that more accurately predicts this debut album, which sticks firmly within the lines and misses the chance to challenge or surprise the listener.

The Canadian MC is still young, but her subject matter shows relatively little by way of a burgeoning maturity. At times she has an admirable insistence on your attention, especially on the fiery ‘Geisha’, which also boasts the record’s most arresting production, with its sub-woofer bass and stuck, stuttering synth rhythm, whilst her breakout single ‘Tommy’ is still her calling card, defiant and joyously conceited.

Otherwise, the record is dominated by unobtrusive, danger-free arrangements and throwaway lyrics. ‘Bad Boy’ has a trace of ethnic swag buried somewhere in there, but it’s all too mild, and when she draws M.I.A. comparisons in one vocal choice, the juxtaposition is somewhat damning. The album’s second half is dominated by a string of tracks fulsomely committed to love, in that way that so many emerging writers have been compelled. Unfortunately, like so many youthful dreamers before her, she embarks without a hard enough sense of a destination and consequently her songs are honest but unremarkable.