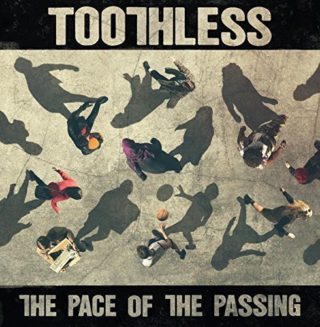 Toothless is the side-project of Bombay Bicycle Club bassist Ed Nash, who appears not to have struck out alone because of a yearning to explore differing musical ambitions to his parent band. Indeed, so much here is from the BBC blueprint – polite, melodic indie with splashes of bombast – that one wonders whether the other three members of the Club might think to instruct lawyers.

However, while Nash is not reinventing the wheel, his solo interpretation of polite, melodic indie with splashes of bombast is perfectly listenable: ‘The Sun’s Midlife Crisis’ is a pretty pastoral worthy of Fleet Foxes, the driving 4/4 that fills the second half of ‘The Sirens’ would be perfect in a summer festival’s late-afternoon sun, and ‘Charon’, the album’s best moment, has an earthy, honeyed texture that offers a seductive melancholia not found elsewhere. That said, though, little here sticks out, suggesting that Nash’s assumed name is perhaps unintentionally apt: ‘The Pace Of The Passing’ is harmless but, ultimately, a little gummy and lacking in bite.