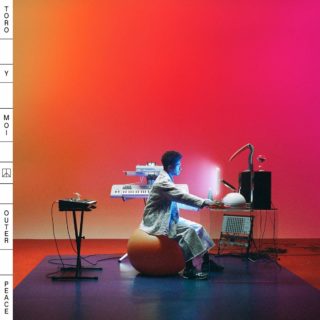 Toro Y Moi’s Chaz Bear was one of the architects of chillwave – one of the brightest-burning, most creatively short-lived instalments in the story of modern alternative music – but his hypnagogic phase is all just hazy nostalgia now. His string of albums in recent years have been an exercise in proving that he is unbound by trends, culminating in the ambient-inflected ‘Boo Boo’ in 2017.

On this sixth album we are presented with something different again. As opener ‘Fading’ comes in on a hard, borderline house drum pattern, we get huge bouncing basslines and swirling swipes of synths, calling to mind a vintage Ed Banger single. It’s simultaneously danceable and confounding, but we don’t stay in that zone for too long. What follows is a gauntlet of 21st century musical references.

“It’s always the same as always,” goes ‘Ordinary Pleasure’, invoking Ariel Pink’s Haunted Graffiti, the undisputed heavyweight champion of the off-kilter alt-pop slyness that Chaz Bear chases on the track. Meanwhile, ‘Laws of the Universe’ opens with a grunt that lands somewhere between Yello’s ‘Oh Yeah’ and Aphex Twin’s ‘Windowlicker’, before Chaz sings, “James Murphy is spinning at my house.” ‘New House’ is an isolated, autotuned whiner over clipped hip-hop production that could fairly credibly have come from a certain Chicagoan megalomaniac’s hand. If it’s pastiche, it’s inspired.

It is a brisk, enjoyable half-hour romp of a record that tours through modes and styles, albeit with one conspicuous absentee: the very specific trend with which Toro Y Moi will be forever undivorceably associated. Then again, ‘Outer Peace’ could rightly be described as an echo chamber of memories, a scrapbook of some of our favourite parts of recent history. So really, has anything truly changed with Toro Y Moi, after all?