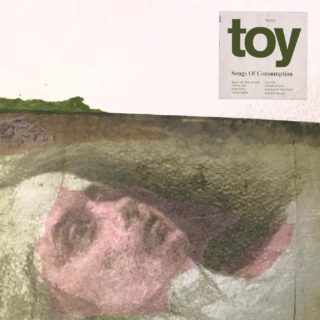 What became of the early 2010s British psych revival? Not, it would turn out, a great deal at all, and for a time Toy seemed destined for the same lacklustre, mushy shoegaze fate as their other half-forgotten contemporaries. That was until this year’s Happy in the Hollow, a bolt from the blue that saw Toy discover a menacing pop sensibility that didn’t ever seem to be previously present. This is cemented now by a covers album that proves both interesting and genuinely exciting.

You’d have to concede that even your most reductive psych group would have the best record collection, and naturally Toy have choices popular and choices obscure all in the pot. Familiarity can castrate music, and a faithful guitar rendition of ‘Down on the Street’ by the Stooges would carry little impact – mercifully, Toy reinvent it here as throbbing, four-to-the-floor electronica and recover from the track a real danger and sexuality. ‘Sixty Forty’, a relative Nico obscurity, is reimaged as a seven-minute opiate odyssey – all Eastern scales and woozy, blissed-out sonics. It’s only their version of ‘Always on My Mind’ that fully disappoints, deviating so little from the Pet Shop Boys’ definitive version as to be almost karaoke.