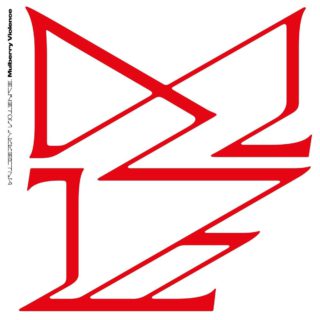 After three albums under the name Youth Lagoon – three albums of chiming, celestial guitar pop that echoed the indie confessional of Sparklehorse and Mercury Rev – Trevor Powers abandoned his former moniker and began studying jazz, classical and ambient music. “It’s odd,” he explained at the time, “to realize that something you’ve created can have the power of wrapping a leash around your neck and holding you hostage.” Two years since this point, ‘Mulberry Violence’ is Powers’ first release under his own name – it’s an album of icy electronica, marked by its sonic scarcity as well as its distance from any of his previous output.

If Youth Lagoon could be introverted and adolescent, ‘Mulberry Violence’ is similarly self-lacerating but more mature, more worldly – “Love has changed among us,” Powers reflects on tortured torch-song ‘Plaster Saint’, “cocaine can’t quiet the conscience, but yes it’s tried.” The first noise you hear on the record, on opening track ‘XTQ Idol’, is Powers’ strained scream – this becomes something of a motif throughout, like a Francis Bacon painting where neurosis lurks constantly beneath the surface.

More striking than any musical shift is Powers’ vocals, reducing his voice to something shrill, often heavily distorted, and the effect is haunting – indeed, Powers thrives in the discord. On ‘Ache’, one of the album’s clear highlights, the louche trip-hop is interrupted by the sudden arrival of stabbing staccato strings – it typifies a spirit of invention that runs across the record. A certain kind of adolescent indie star has been lost, but Trevor Powers has produced an experimental, sonically threatening record that often meets its ambitions.