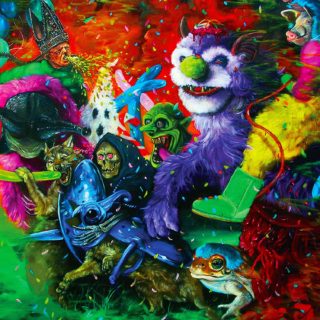 In 2016, after releasing their markedly darker sixth studio album with Australian indie heavyweights The Drones, Gareth Liddiard and Fiona Kitschin needed a change of course. A shift in the climate, if you will. Enter the spectacularly named Tropical Fuck Storm and their cyclonic record ‘A Laughing Death in Meatspace’. Here, Liddiard and Kitschin’s considerable musical heft is backed up by the formidable powers of High Tension drummer Lauren Hummel and polymath Erica Dunn, together forming an absolute noise rock maelstrom. Here is your proverbial tempest in a teapot.

The album’s title refers to kuru, the ‘laughing death disease’ once found in the Fore people in Papua New Guinea, which is now widely accepted to have been transmitted by funerary cannibalism. A cheerful record, full of hope and wonder, then. Maybe not. From ‘Chameleon Paint’, a damning indictment on holier than thou behaviour and social media surveillance, to the lurching ‘Antimatter Animals’ with its spat-out refrain “your politics ain’t nothing but a fond fuck you”, Tropical Fuck Storm are squaring up for a fight. They are foul-mouthed and howling, playing directly into the void we are all hurtling towards at an ever more alarming pace. They are observant and eviscerating, clever wordplay tangled up in sharply boomeranging riffs, as on album closer ‘Rubber Bullies’.

‘A Laughing Death in Meatspace’ is fraught, frantic, manic; the soundtrack to the last party at the end of the world. At least global Armageddon sounds good. 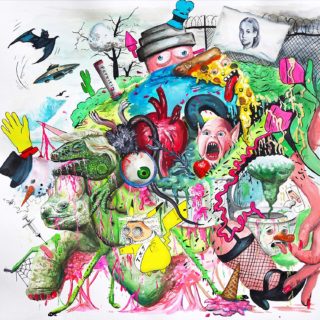