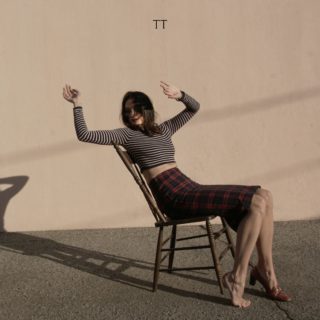 What the last couple of years has taught us about Warpaint is that it must be an exhausting profession to be a quatre of a band that represents such a powerful voice to indie tastemakers worldwide. It must be even more exhausting when that voice has had such an aversion to introspection for a career’s worth of music that even when you thought they might have found the turning point with a track so painstakingly titled ‘Love Is To Die’ they then go and reveal that love is actually not to die, but to dance.

Warpaint’s allegiance to the strong and powerful countenance has never been a cold one, though. Over the last decade, the band has produced some of the most exciting indie rock and pop songs to come out of the genre, emphasising the joyous ability of a catchy hook here and a great chorus line there. But when you’re touring a relentless 18-month schedule with a voice that invariably doesn’t parallel your own anxieties, without a pause for breath, it’s going to leave its mark.

As such, Jenny Lee Lindberg’s debut solo record in 2015 featured some of the most soul-searching lyrics a member of the band had let out into the world. ‘long lonely winter’ chronicled the isolation of a life spent on tour, and gothic dream-pop ‘boom boom’ manifested a musical breakdown. Now, under the moniker TT, Warpaint’s guitarist and vocalist Theresa Wayman is here to join the dialogue with a resounding and devastating collection of songs about motherhood, loneliness and romance in an unromantic age.

Opening track ‘Mykki’ orbits a gloopy bass drum with psychedelic guitar lines and ethereal vocals. Strong trap influences raise their head in ‘I’ve Been Fine’ and ‘Dram’, opening with a vocal sample not dissimilar to Death Grips at their mellowest. The intricacies are so well done that even the most adolescent of vocal platitudes – “happiness is found when you stop comparing yourself,” or “hope is the only thing stronger than fear” – can be easily forgiven.

The album continues to be lyrically astute pop with shattering confessionalism. The brilliant lead-single ‘Love Leaks’ enters with an organ drone that could be lifted from a Gaelic folk ballad, pining that “I just got too empty,” while the lovesick ‘Dram’ plods in drunken splendour through an ambient and woozy hook, reminiscing of first loves. Sonically, the sultry blues riff could just as well be the theme-song to an ’80s French detective series as it could be one of the finest musical minutiae from Imarhan or Tinariwen.

When creativity is such an effective vehicle for introspection and freeing anxieties, TT has released the perfect antidote to years of bottling everything up. It just so happens that along with all of this, ‘LoveLaws’ packs all the textured synth and psychedelic punches of Warpaint’s finest, and this time with more coherency.