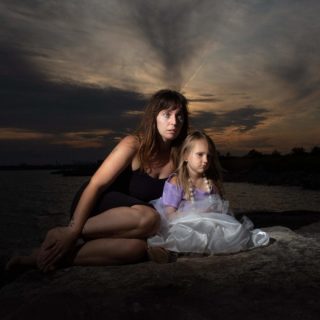 Tucked away four tracks into Meg Remy’s last record as U.S. Girls, 2018’s In a Poem Unlimited, was a twenty-six second vocals-only curio called ‘Why Do I Lose My Voice When I Have Something to Say’, on which, sure enough, she sounds as if she’s in the thick of a particularly nasty bout of laryngitis. Still, it would have been a title accurate only in medical terms; Remy certainly didn’t lose her nerve when, after ten years and six records, the explosion of the #MeToo movement had finally shone an uncompromising light on precisely the kind of issues she’d long since been delving into. That she wrapped up her stinging treatises on domestic violence, power imbalance and geopolitical turmoil in songs that gloriously ran the gamut of decades of slick pop – Bowie here, Blondie there – attested to the fact that her voice had, in fact, never been louder or clearer.

Heavy Light feels like a natural expansion; buoyed by how stylishly she fused her influences last time out, she’s indulged her more adventurous impulses on a kaleidoscopic LP that finds room for everything from fizzing disco (‘4 American Dollars’) and Latin-inflected electropop (‘And Yet It Moves / Y Se Mueve’) to softly reflective torch songs (‘Denise, Don’t Wait’) and smart piano confessionals (‘Woodstock ’99’). Throughout, Remy strives to marry the sharp politic of In a Poem Unlimited to the unblinking introspection of her earlier work, and she largely succeeds. Heavy Light is absent of poses and gimmicks and scored through with subtlety and nuance – it’s a razor-pointed, laser-guided pop record that speaks with fierce intelligence to the times. 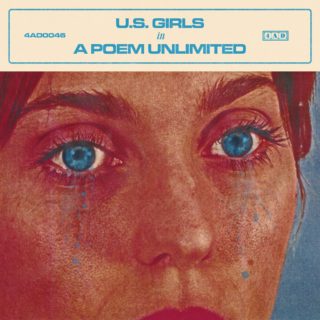 Don't be faked by the pop varnish on U.S. Girls' 'In A Poem Unlimited' - it’s a timely exploration of the roles women play in dynamics of power