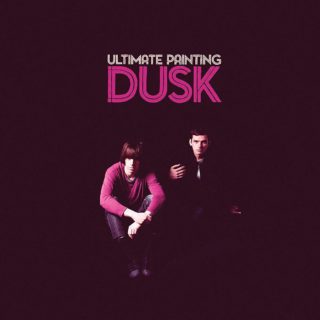 If Ultimate Painting’s last album was so slight as to be virtually imperceptible, this one – their third – is an exercise in invisibility. Not that that’s necessarily a bad thing: the duo have written a collection of shyly, slyly insistent pop songs here that don’t so much grow on the listener as infiltrate the subconscious, leaving an imprint less on the ears than on the mind. Melodies quietly intertwine, tracks blend woozily, and the album’s palette, though limited, becomes stickily moorish.

The record doesn’t so much as end as just shuffle off, but that suits its stubborn aesthetic: ‘Dusk’ is no vessel for finales or climaxes, but a place as sleepy and hypnotic as its title suggests. A brief reprise of an earlier track after a couple of minutes of silence is the last we hear, as if now in dream, then that really is it, the brief reanimation cementing the record’s disconcerting, narcoleptic ambiance. It marks ‘Dusk’ as far weirder than it first appears: an uncanny, softly insidious curio.