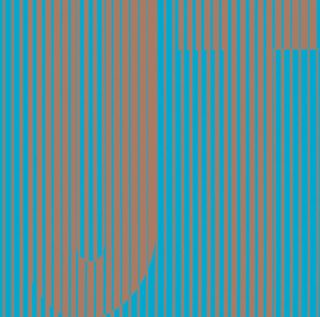 Originating within the short-lived yet potent no wave scene, Ut were integral members of the New York avant-garde for a while in the late ’70s. Pushing back against the perceived commercialism of new wave punk at the time, the trio of Nina Canal, Jacqui Ham and Sally Young influenced bands like Sonic Youth with their dissonant, abrasive sound and collective approach to improvisation. They found common ground with the Au Pairs and the Slits when they moved to London in 1981, and went on to perform alongside bands like the Fall over the following decade.

A few chaotic live albums aside, Ut did not spend much time recording their material in the early ’80s. Because of this, they arguably left less of a tangible legacy than many of their post-punk peers on both sides of the Atlantic. But just before disbanding in 1990, they did create two more fully-fledged studio albums that stand as proof of their daring and incisive approach to songwriting.

The first of those LPs, 1988’s In Gut’s House, saw Ut pin down their wiry sound in compelling fashion. Now reissued on Out Records, it is a fundamentally uncomfortable listen; the trio’s voices often sound warbled or snarled, while their restless instruments seem to grate against their instable surroundings before spiralling out of control.

On ‘Big Wing’, Canal’s foreboding drums bristle against a spiky guitar, before opposing forces fight for control on ‘Hotel’ – a strong track that holds back its driving riff until the halfway mark. A rare moment of clarity arrives on ‘Homebled’ thanks to more subdued instruments and expansive lyricism; the wriggling violins in the background, however, suggest that the peace won’t last long.

It’s a sign of their fierce drive to innovate that the album can develop an overarching mood even though its individual songs aggressively reject any notion of structure. Instead, the record is driven by Ut’s commitment to collective improvisation. As Canal, Ham and Young swap their instruments from one song to the next, the record gains a volatile unpredictability. Ut rewrote the songwriting rulebook to refine their sinister, mercurial vision.