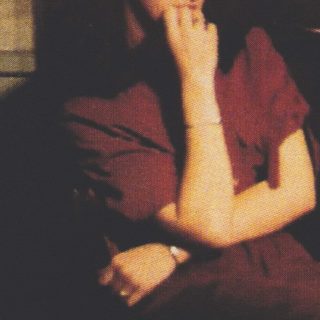 It may not be the most conventional word to describe a post-punk record, but ‘Sentimental’ is a pretty apt title for Value Void’s debut. Not because the album is cheesy or mawkish – it’s quite the opposite – but rather owing to its affecting and unadorned nostalgia. Embodying the DIY spirit of punk, the London three-piece forgo theatrics and arm themselves with only a guitar, bass and drums. The uncluttered arrangements work heavily in the album’s favour and, coupled with lo-fi production, allow the band to bare their insecurities raw across the album’s short half-hour runtime.

Building and releasing tension with the fickle volatility of young love, Value Void’s music shifts on a whim from agonising to upbeat, dissonant to hypnotic. On ‘Back In The Day’ an ominous riff tethers tense verses, as vocalist Paz Maddio tries to recall fuzzy memories of a past lover before resolving on an infectiously catchy chorus. Album closer ‘Dead Ladies Lament’, meanwhile, is a cathartic dénouement. “She was already dead when she came in,” Maddio continuously repeats over the back half of the track, her words riding soporific guitar chords and hissing cymbals down into dour languor. Tossing the rose-tinted glasses to the floor, Value Void’s idea of sentimentality is vulnerable, emotive, and unremittingly honest.