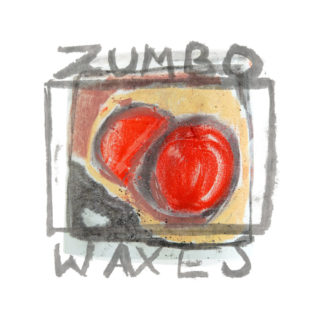 Vanessa Anne Redd’s 2016 debut was a harmonic medusa of a record. It was the kind of gothic folk initiation that could innocuously soundtrack Tarantino’s gores but still feature on an alternative festive mixtape. With its follow up, the British-German musician is more assertive: riffs hang on a single guitar string, jazz-laden piano ballads become augmented with negatives, but it’s still ten folk songs. And undeniably VAR’s induction to the singer-songwriter premier league, despite firing a couple of blanks on the way.

Organ-backed ‘Battle’ and ‘Nightbirds’ are brilliant openers, the trembling Hammond in the latter an alarmingly comforting dose of nostalgia. ‘Dirt Wheels’ begins with the sound of bicycle spokes whirring, before orbiting a Satie piano with the off-kilter breathiness of Amanda Palmer silencing a bizarre foray into twelve-bar blues beforehand.

These moments continue, and it’s not until the final track that you hear the unsettling mythologies suggested in the record’s title. Zumbo was an Italian wax-sculptor known for depicting corruption and decay after death. Imagine Madame Tussauds in a heatwave. It starts with a drop of wax sweat running down Tom Hardy’s forehead and ends with his whole mouth caving in.

When the record sounds like Zumbo’s waxworks looks, it’s remarkable. But for the most part, VAR’s synesthetic outreach is met with a lot of simplicity: ‘No Sacrifice’ is still a Baez-tinged ukulele track about temptation, ‘When I Compare’ is still the kind of sweet fingerpicking you expect to play over film reels of old folk eating jam sandwiches. It’s not re-writing the songbook, but it’s adding a lot of colour.