Vanishing Twin are one of the better acts to emerge from the ironically dull psychedelic revival of the last decade-and-a-half. The brainchild of singer and guitarist Cathy Lucas, on their two albums to date, the London-based group have taken a more refined approach to the well-trodden ground of psych-pop than many of their peers.

Their new album, Ookii Gekkou – Japanese for ‘big moonlight’ – is nothing different. Over nine tracks the group tell stories from a lockdown-inspired world “where it’s always night”, reaching for a broad array of musical traditions – from afro-funk to cosmic jazz – to bolster their familiar grooves.

Things start fairly traditionally, however, with opener ‘Big Moonlight (Ookii Gekkou)’ and ‘Phase One Million’, the latter of which recalls fellow psych merchants Khruangbin’s vaguely international approach to songwriting. From there though, Vanishing Twin start to flex some more avant-garde muscle: ‘The Organism’ sounds like the score to an enjoyably cryptic ’60s art film, while ‘In Cucina’ is layered with polyrhythmic percussion and warped synths.

As the album enters its final third things switch up again, with almost an almost krautrock sense of pace underpinning ‘Tub Erupt’ while closing track ‘The Lift’ brings the album to a groove-heavy, synth-laden conclusion. 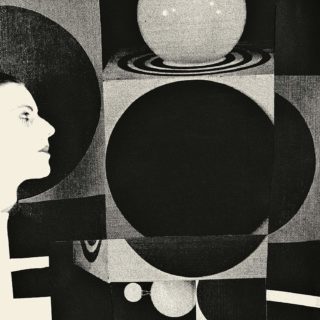