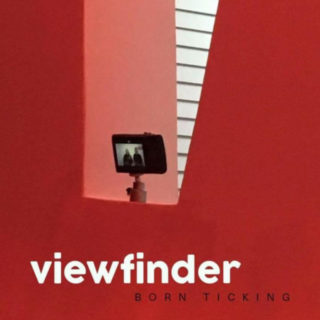 I hear Viewfinder – it’s one guy, Joel Burton who used to be in a noise-rock outfit before returning to London – spent time in Edinburgh and maybe some of the vocal ticks were imposed on his southern English accent (like Californian Malkmus in Virginia). Those particular sounds supposedly formed a constituent part of the southern states burr that, through Viewfinder, return after coming full circle from Appalachia via David Berman and, the aforementioned, Stephen Malkmus.

This is not the whole story of ‘Born Ticking,’ there are shades of the Elephant 6 acts, the Velvet Underground, newer bands like Parquet Courts funneled through the strange intensity of solitary bedroom-based toil. But still, the re-appropriation of a linguistic quirk remains a strange feat of listening and performing that will have musicologists and linguists of the future salivating: are the words ‘airish,’ ‘brickle,’ ‘swan,’ and ‘bottom land’ said or sung? I checked… no, but there’s something to dig for with trained ears (can ears dig? ’60s throwbacks chant ‘yes’).

Anyway, there are distinct highlights on an album that is unafraid to search and experiment in the service of finding something worthwhile. ‘Vibration’ is a stream of consciousness slow jam. It is sparse, repetitive and hypnotic in a self-aware and tense way – it seems to be about anxious hypersensitivity. It asks “are those vibrations more present to you?” It introduces “a new type of confusion.” A topic, perhaps, that could only be broached in a solitary setting without the curious ears of bandmates or collaborators listening in. ‘Limit to Forgiveness’ is a modern take on Silver Jews, somewhat akin to Pavement’s ‘Father to a Sister of a Thought’ but slightly more muscular and less pensive – musically that is, rather than lyrical.

There’s even a spot of Leonard Cohen in ‘As I Know It.’ This is high praise, and I look forward to hearing more.