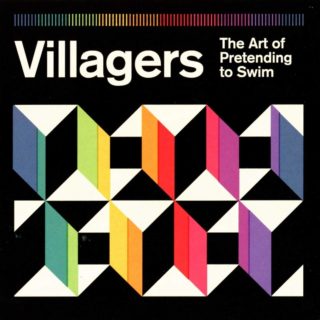 It seems like everybody is having an existential crisis these days. And yes, in ‘this current climate’ it would be difficult not to question the ways that we live, and the reasons why. The upside is that we have records dealing with crises of faith and conscience, as on Conor O’Brien’s fifth album. The indie-folk musician’s latest is a lyrical mesh of fears and hopes, all held together by an abiding faith.

Songs like ‘Sweet Saviour’ and ‘Fool’ give some insight into where, exactly, that faith is directed. Truthfully, ‘The Art of Pretending to Swim’ seems to address O’Brien’s rediscovered religion more than anything else. That said, it is also an exploration of how he sees his faith manifesting, namely in the form of creative drive. His reawakened faith has led to a renewed musical vigour, with his project striding far away from the blank space and intimacy of 2015’s ‘Darling Arithmetic’. While there are certainly moments when O’Brien has stripped things way back, as on penultimate track ‘Hold Me Down’, overall he has leaned into a more layered approach. ‘A Trick of the Light’ finds the groove that O’Brien has been working towards, with infinitely more potential for dancing than his more sparsely sculpted work. ‘Long Time Waiting’, with its themes of depression and self-reliance, also hits the mark, with a rich horn section and soaring samples.

These are the album’s greatest successes. Still, at times the layered effect is too much; as ‘Love Came With All That It Brings’ progresses, the conflicting elements tangle together into something too confused to work. Similarly, ‘Real Go-Getter’ seems to be neither going in one direction nor the other, and brings the house of cards down.

Overall, ‘The Art of Pretending to Swim’ is an interesting representation of renewed belief and cycles of faith – even if at times it pushes things a little too far.