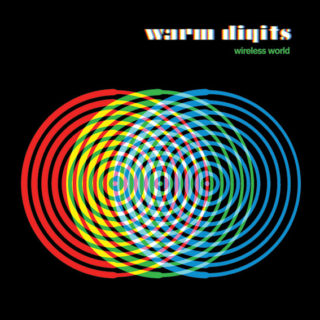 On ‘Fracking Blackpool’, the Northern duo propel forward with a steady Motorik insistence; on  ‘Always On’ they channel a sub-two minute blast of ‘Tarot Sport’-era Fuck Buttons; on ‘Victims of Geology’ they come alive with a potent blend of guitar angst and electronic complexity that both 65DaysofStatic and Vessels continue to perfect. But in-between the cracks, Cracknell and ‘Growth of Raindrops’ emerge with a burst of blooming M83-inspired shoegaze and Sproule adds some sass on the wonky pop of ‘The Rumble and the Tremor’ to ensure there’s some levity to Warm Digits’ impressive machine funk march.