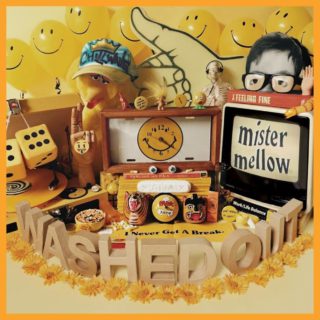 There’s a smirk behind the title of Ernest Greene’s visual album, ‘Mr Mellow’. While many lumped into the dead buzz-genre of Chillwave (Neon Indian, Toro Y Moi) have gone running to bolder things, Greene embraces the cosy quality that saw him rise to fame. You might expect the visual aspect of ‘Mr Mellow’ to imply a clear focus or narrative. Instead, it acts as a collection of colourful sketches that amplify the nostalgic mood of each song. The music embraces cheesy disco, fifties kitsch, and Avalanches-indebted ambience. The visuals celebrate Python-style cut-out animation and comforting film crackle. Frames are graffitied in Crayola-scribbled daydreams.

This visual element feels more than a gimmick though. Vocal samples too hazy to be picked out through a cursory listen are given clarity; themes of drug dependency and apathy form. By the end of the album, Greene finds solace in getting lost in ‘Get Lost’, the album’s lead single and sharpest moment. This cohesive, weightless pool of an album reveals moments of heft when allowed to be seen and heard. You’ve probably heard it before, though.