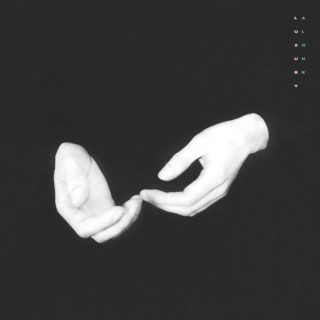 Moving to Paris has perhaps given a more reflective, introspective air to Doran Edwards’ music. Gone is the hooky power-pop of 2012’s ‘Catastrophe’’s punchier tracks, replaced by something more soothing, lazy and hazy; a sound that feels something like smoke curling gently into a summer sky. Opener ‘Binary’ recalls The Beatles’ ‘Tomorrow Never Knows’ – a distinctly psychedelic feel infused with concisely arranged melody. Elsewhere, ‘Fantasy Building’ is an extended, atmospherically ambient instrumental piece.

It’s nice, but not as enveloping as it could be, and you do half expect to hear whale noises breaking through the haze at any point. It’s symptomatic of the meandering nature of ‘Luxury Alone’. The album’s two standout tracks, meanwhile, are the punchy ‘Digital Waters’, which sounds like a muted Wild Beasts, and the superb and melancholy ‘Chalk Scrawls’. Edwards has succeeded in making an album with a very strong musical identity, but its truly engaging moments – while very special when they do come – are too sparse for the record to have a lasting impact.