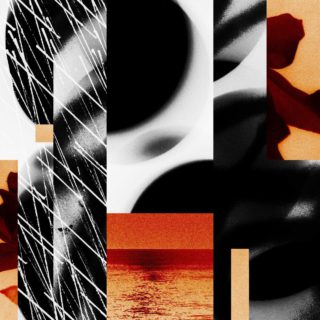 One suspects that leaps in technology have been causing the old guard to accuse the young of weakening attention spans since at least the time of Gutenberg’s early printing press demos, but Ramsgate producer Owen Darby, aka WEN, is not so quick to pass judgement. His second album is a study in whether our flitting, scattershot modern habits may themselves in fact hold an elemental beauty.

This 12-track, 38-minute record, as its title suggests, is designed to say something about our pace of life. A pick’n’mix of assorted, attention-proof instrumental grime nuggets that Darby himself describes as “temporal pauses”, it is both a mutated musical incarnation of our eternal restlessness and a cry to resist the self-refilling intravenous drip of twitter feeds and targeted ads that keeps us treadmilling along. Darby has invoked another great diver into the psychology of time, the Venetian architect Carlo Scarpa, as an influence here, but ‘EPHEM:ERA’ is more inclined towards the darkness.

The tracks are brief samples of moods rather than full explorations: the zipping, spectral house of mirrors of ‘Curve:Relay’, the grime-house template of ‘Time II Think’ and the Hyperdub-esque urban milieu of ‘Rain’ are so different in mood that they could all spawn wildly different offspring albums of their own.

As an exercise in concision, then, ‘EPHEM:ERA’ is an enticing if occasionally frustrating listen. As a reflection of our changing listening habits, it hits scarily close to home.