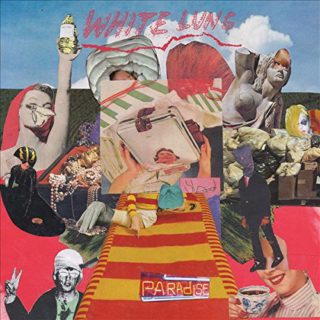 Punk, a firmly 20th-century phenomena, gets a 21st-century makeover on White Lung’s ‘Paradise’. The Canadian group’s fourth record is super-short at 28 minutes, and at this break-neck speed it attempts to buck the punk mould, with well-written, earnest lyrics and a candy-floss but decidedly non-vintage sound. It’s a challenge, songwriter Mish Barber-Way has said, to the snark and cynicism that infuses the genre.

At times, it’s brilliant – there’s something edgy and exciting about the poppy ‘Kiss Me When I Bleed’, and the title track is an unexpected showcase of all that is beautiful about this genre of loud guitars. So, there are signs that an attempt to bring punk to the contemporary mainstream might just work, but the record as a whole is a little bland. Of course, there is something to be said for concision, yet, perhaps because of its brevity, ‘Paradise’ never really builds the steam to power a journey for the listener. And, when it comes down to it, punk without the humour – punk void of bile, politics or irony – is hardly punk at all.