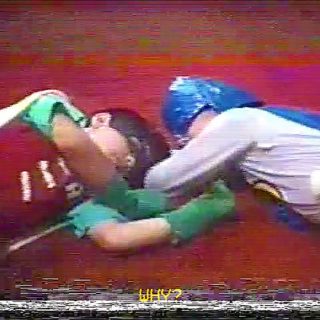 AOKOHIO represents change in Wolf’s understanding of his place in the world, having recently moved back to his home state of Ohio, but it also marks a change in the nature of his artistic process. This album, split into six thematic chapters, has been released in weekly doses, each with video accompaniment. Each around six minutes in length, the chapters have been forged over a six-year period, all of them created in isolation, the next only started once the last has been completed.

The chapter titles, taken from lyrics within, lend us some understanding of Wolf’s intentions: “I may come out a broken yolk, I may come out on saddle”, for example, opens the record, with Wolf singing of his birth as an apogee. But this is more of a mournful reflection than a hopeful one. On the track ‘Peel Free’, he sings, “I was born shot face-first out the cocked eye of a hurricane”, a sly twist on the legendary Rolling Stones line but also an attempt to reckon with the honest truth, away from the fluffy, self-curated story of our lives that too many of us cling to.

There is nostalgia throughout AOKOHIO, but not just the misty-eyed kind. ‘Stained Glass Slipper’ may seem light-hearted, but peer closer and you find darkness secreted under its summertime clothing, a lyrical razor blade stitched into its seams. The third chapter appears to deal with Wolf’s early years in the spotlight, as we hear perhaps one of his own songs playing in the background on a taxi radio, his reality becoming slowly detached.

Several tracks need no more than 20-odd seconds to make their point, furthering the sense of Wolf’s mind’s eye darting sporadically from memory to half-remembered memory. Tracks like ‘Rock Candy’ and ‘Reason’ are hooky, but on closer ‘Bloom Wither Bloom’ we hear Wolf reckon with the total of his life to date, a Sufjan-esque remorse in his voice, a love letter to his mother.