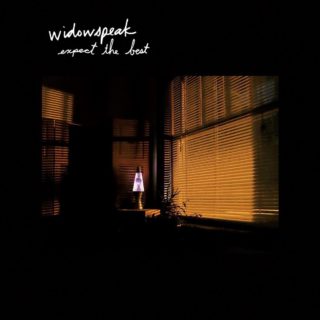 I once read somewhere that Widowspeak sound “as if Stevie Nicks farted out Mazzy Star”, which is neither entirely true nor entirely false. The band, for all their woozy wistfulness, have always retained a strong heritage rather than being an overly-referential sum of their influences, especially in this new album. Their fourth release with Captured Tracks, the label responsible for all your dream-pop desires, is their most dynamic yet and a strong signifier of the band’s live shows.

When singer Molly Hamilton spoke about the record, she stated, “I struggle with this compulsion to pull away from people, pull away from the things I enjoy doing” and this hypothesis is stamped all over ‘Expect The Best’, especially the gauzy ‘Good Sport’ where she defies, “I’m not gonna sit this one out.” The best moments arise when their orbit expands: their lush melancholy is texturized on ‘The Dream’ and you feel a real, driving sense of purpose on ‘When I Tried’. As always with Widowspeak, it’s a bit of a surprise when each track ends because you expect that their velvety landscape could go on forever.