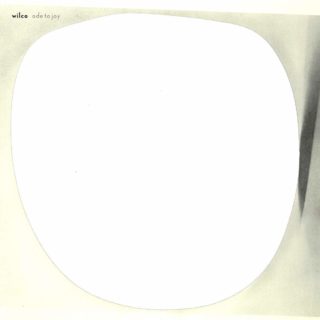 After 25 years and ten albums, there should be an element of predictability to Wilco, especially given that the second half of that run has been spent with an unchanged line-up as cosily familiar as your favourite dad-rock cardigan. After all, long gone are the days of Wilco being touted as the American Radiohead, making confrontational experimental rock music slathered in drones and noise; the tumult, both on- and off-record, of Yankee Hotel Foxtrot and A Ghost Is Born that created a pair of post-millennial masterpieces is now distant past, as the band have settled into self-funding, self-recording and self-releasing largely self-contented LPs.

And yet Ode To Joy does still come with a sense of apprehension: after the last couple of fairly disposable albums with in-joke titles (Schmilco and Star Wars), there was a sense of Wilco becoming a middle-aged band declining into solipsism, tempted to see out their autumn years playing the same songs to the same crowds again and again. Thankfully, though, they’ve arrested that trend with an eleventh record that’s outward-looking, engaging, and pleasingly different to current form: Ode To Joy is still undeniably a Wilco record – this is no grand stylistic shift – but this time it’s one made by a band with an apparently renewed purpose, if not necessarily trying to accrue new fans then at least reminding existing ones that they still have something significant to offer.

Accordingly, the gorgeous circular melody and gentle build of ‘One And A Half Stars’ does away with the recent throwaway aesthetic in favour of something more grounded and cared-for, while the uncannily accurately titled ‘Quiet Amplifier’, full of atmosphere, all squeaks and burbles and rattles, revels in gentle dissonance and distortion, making for some of the most rewarding textures the band have produced in years. A modestly scratchy, improvisatory patina dusts ‘We Were Lucky’, too, the most immediate example that nothing on this album is turned up to ten, that nothing shows off – instead, Wilco are happy to smoulder, resisting eruption with admirable restraint. It’s a rusted, worn, and at times discomforting approach, but simultaneously evocative and compellingly three-dimensional, and it’s an effect that repays repeat listening far more handsomely than your standout indie-rock guitar wig-out.

The more straightforward songs – in particular a run of three from ‘Everyone Hides’ to ‘Citizens’ that makes up the album’s heart – are just as carefully formed. With neat instrumental flourishes and a charming, self-confident brevity that you sense a younger band would avoid, these concise little vignettes offset the more expansive tracks in the same artistically sympathetic way as Wilco’s most accomplished previous records. Together, it makes for a rounded, calmly assured album and, most importantly, one that encourages you to relax into it and get comfortable.

Like Low and Lambchop, two other venerable old American indie bands whose most recent and umpteenth records have found them choosing not to go gentle into that good night, Wilco have also found surprising new purpose with their latest. However, where Low’s Double Negative violently rejected its predecessors’ forms, and Lambchop’s reanimation has come through jarring production techniques, Wilco feel re-energized here in a far subtler way: this is music where grand statement is rejected for nuance, where a sense of quiet concentration and steely resolve is preferred to anything more histrionic, and where grace and hope replace studied cynicism and righteous indignation. It’s also the most satisfying thing this line-up of Wilco have recorded, and, with its moreishness, sensitivity, and inviting, non-confrontational intricacy, it has given an old band a new voice. With Ode To Joy, for the first time in perhaps fifteen years, Wilco have found a way to be truly relevant, again.