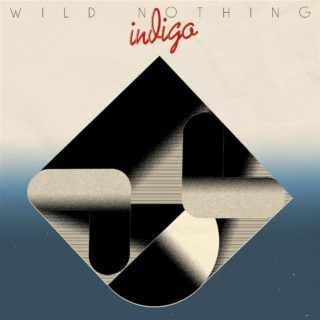 When Jack Tatum shared his first tentative musical posts online nearly a decade ago, he ascended rapidly to the heights of blogosphere adoration. The first Wild Nothing album ‘Gemini’ was lauded as a landmark in bedroom lo-fi. In the years since, two further albums have documented Tatum’s transition into a studio hound, a highly refined, maximalist producer.

On this fourth record, he has recruited Ariel Pink/Gang Gang Dance collaborator Jorge Elbrecht to co-produce, in an effort to refocus, to dial in some of the previous excess. ‘Indigo’ is the title, a reference to the backlight of a smartphone screen, a more romantic take perhaps than the Black Mirror analogy with which we’ve become so familiar.

That’s about where the excitement ends. ‘Indigo’ is antiseptically clean, a hall of mirrors in an empty room with bleached white walls. It serves to focus the spotlight on the songwriting, and whilst Tatum does provide a few toe-tappers, there is unlikely to be anything here that will drive listeners’ fingers back to the play button when they’ve finished ‘Indigo’’s 42 minutes.

It is an exercise of drawing within the lines, a peaceful and tasteful record, musically correct and enthusiastically devoid of menace or spontaneity. Cam Allen’s drums are played live, but have still been passed through the shiny processor to ensure they lose any sense of human imperfection. Benji Lysaght’s guitars slide and wobble, but never pose a threat to the equilibrium. It is the musical equivalent of one of those awards-fodder films that arrive at the end of every year, micro-managed so as not to alienate any major voting groups. ‘Indigo’ is technically perfected, and thus lacks a trace of the unpredictability that makes music fun in the first place.