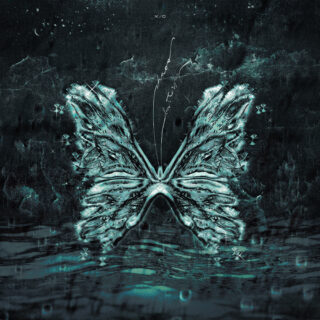 Vietnamese-Canadian electronic music producer, vocalist and filmmaker x/o came to recognition in 2018 with their debut EP Cocoon Egg, a deeply atmospheric, visually rich, and ruminative project that begged to be listened to on a rainy Sunday comedown.

However, from the first notes of debut album, Chaos Butterfly, the progression in sound is evident. The pedestrian pace of Cocoon Egg is periodically swapped for something more unhinged, with ‘Red Alert’ and ‘Fight or Flight’ both dream-infused slow-mo bangers, full of breakbeats and unignorable choruses. Songs not to be saved for dark December evenings, but to be blared out of the windows of cars driving wet neon-lit streets.

Slower cuts such as ‘Initiation’ also stand apart from their earlier releases, with the arrangements feeling less reverent and more technicoloured, with expansive and melodramatic video game soundtracks (such as Square’s Final Fantasy X) a clear inspiration. ‘Final Wingspan’ in particular harnesses an end-of-level boss energy. Yet despite the development in sound and the wider scope of experimentation, Chaos Butterfly still feels like it misses the final piece of the puzzle. Most of the music stays too close to centre, with undeniably impressive but even-toned arrangements becoming difficult to pull apart from one another like a pleasant but stodgy dessert. There’s little in the way of genuine chaos here (the 59-second-long ‘Cyclone Season’ is probably the closest), nor anything as serenely fixating as a butterfly. Everything tends to sit in between. While there is much to enjoy here, there’s still a level or two more to be added to x/o’s sound before it can truly fly.