Three weeks into global lockdown and it’s a little tiring to read reviews that still call new albums the perfect soundtrack to your isolation. Everyone’s guilty, but it feels disingenuous; a one-way ticket out of a word count, guaranteed to make your reader start nodding in agreement, so long as they like it too. So, to do myself and this magazine a huge disservice, New York-via-Seoul producer/vocalist Yaeji’s first full-length mixtape on XL (completely unintentionally) is packed full with beautifully understated club tunes about friendship, family, gratitude and support mechanisms that sound custom-built for late nights in the living room.

But the best-laid plans of mice and men go awry. The intention here was to debut the project at this year’s Coachella, big new stage production, dancers and original choreography in toe. The modest and necessary alternative of solitary listening feels appropriate, though, despite IDM’s natural collectivism. It’s true to the effortlessly cool house music that Yaeji is known for: the 808 kicks are thick and muffled, but there’s a woozy Balearic backdrop and high-gloss new-age palette that softens the edges like a cartoon cloud-landing. Opener ‘MY IMAGINATION 상상’ starts with a delicate drone, more like the swilling synths of EARTHEATER’s ‘Concealer’ or Kelly Moran’s Ultraviolet than the indie-crossover hits of EP2.

It’s an altogether more concentrated, more audibly digitized support network. Shunning big-name collaborators to favour the artists in Yaeji’s tight-knit friendship group allows a playful vulnerability to seep in: London performance artist Victoria Sin and producer Shy One turn ‘THE TH1NG’ into an avant-pop philosophy lesson, whilst the hook of ‘FREE INTERLUDE’ trails out to rhyme “I like purple” with “you’re a shurple” – a less-offensive takedown in contemporary music you’re unlikely to find. It’s a spirt that lets the mixtape run without pretence; the heavier sections come with the catch of breezy experimentation, whilst the sillier moments come like an embrace.

Where Yaeji’s WHAT WE DREW 우리가 그려왔던 really succeeds is with its gentle celebration of self-care and small domestic victories. New York rapper G.L.A.M.’s verse on the deftly mercurial ‘SPELL 주문’ chronicles the ups and downs of performance as an introvert, whilst the jazz-flecked ‘THESE DAYS 요즘’ and repeated mantra of ‘WAKING UP DOWN’ is dance music’s equivalent of rolling over and hitting the snooze button, recognising the weight that the simplest of tasks can, at times, carry (“I got waking up down, I got cooking down, I got making a list and checking down”). It’s a strange adjective to use in a review, but Yaeji’s mixtape fundamentally sounds kind and inclusive. Whilst the experiential side to the release stays indefinitely on hold, for now it’s a welcome space for self-reflection. 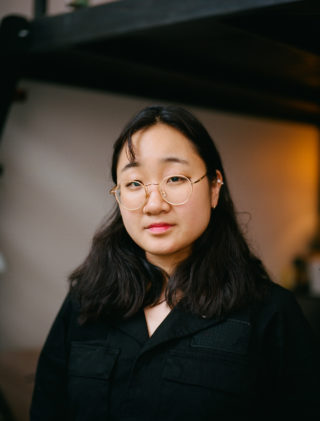