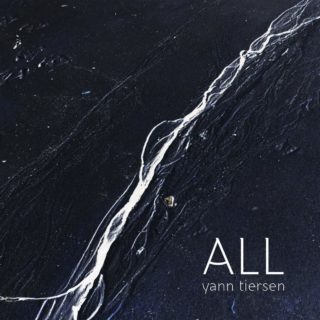 Yann Tiersen has been living in the channel island of Ushant for more than fifteen years now. There he started an exploration of the Celtic culture, which he carries on with and takes outside the cultural and geographic boundaries of Brittany in his new, tenth album, ‘ALL’ – the first recorded at the Eskal, the recording studio and arts center he built out of an abandoned discotheque on the island.

Offering his take on the Anthropocene we are living in, and tackling the themes of environment, ecology and nature, the French musician went field recording in a forest in Devon for his track ‘Koad’, travelled to a very particular (and significant to him) spot in Northern California’s Lost Coast to record violins for ‘Usal Road’ and found inspiration in Berlin’s dismissed airport of Tempelhof for a track named in its honour. It’s ‘Tempelhof’ that opens the album, with its bikes softly screeching over Tiersen’s rounded piano arpeggios and the sound of children playing and laughing, shook at the end by electric guitars and synths, like thunder breaking the sky, just to open up to the romantic vocals of ‘Koad’.

Tiersen’s Celtic epic bursts in ‘Gwennilied’ and ‘Aon’ like a godly saga, breaking the rhythm of an otherwise placid and calm collection of tracks, as is the following ‘Prad’. And in the end, despite the deep concerns about the health of Earth standing at the core of the album and its bittersweet lyrics, ‘ALL’ feels like a contemporary pastoral idyll rather than a cry for us to change all that much.