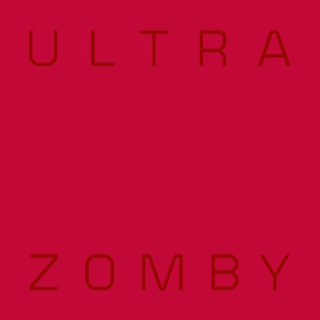 After 2013’s monstrous ‘With Love’, Zomby’s most recent album is a much more condensed affair, taking in only 13 tracks instead of 33 but still feeling as sprawling and exploratory as its predecessor. ‘Ultra’ is a record that appears both restless and fluid, like a bad night’s sleep put to record; irritable and aggravated turns merged with brief moments of blissful serenity.

The opening ‘Reflection’ has an almost sci-fi-grime thrust to it, the sounds of loading guns and sputtering electronics leaving space for brooding, heavy synths to burst through the glitchy twitches and spoken word narrative.

The album continues to itch and sputter and spew, restless patterns flutter and twitch atop dense, foreboding synth blasts and jungle-tinted undercurrents. On the Banshee-featuring ‘Fly 2’ Zomby toys with almost 0PN-like treated club music, the end result sounding like an RnB banger dragged down to the dungeon for torture.

The seven-minute Burial collaboration at the centre of the album, ‘Sweetz’, meanwhile takes centre stage and covers as much ground musically and genre-wise as most albums do over the course of their entire duration. Like much of the album, it weaves between restrained calm and unnerving dread, unfolding like a detailed narrative and leading one down a path that could lead to pure bliss or something too sinister to even contemplate.