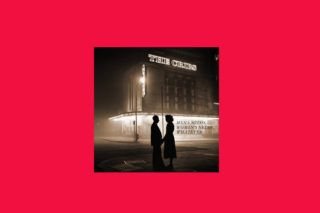 The Cribs, Maximo Park, even The Wombats are at it. Sure, it's easy to sneer, but it's the symptom of a much bigger issue

On the morning of 31 August 2007 following a family wedding, I was waiting to fly back to London from Knock Airport in County Mayo. I was sick as a dog and sat in the café of an airport the size of a bus station built on a bog by an eccentric zealot to serve Knock Shrine. Knock Shrine is up there in the shrine game with the Holy Stone of Clonrichert. It was where the Virgin Mary, Saint Joseph, Saint John the Evangelist, Jesus Christ and a host of angels appeared in 1879. It was an intimate gig – just fifteen people saw it – but it hadn’t been well promoted and they were playing songs from their new album. They split up shortly after but there have been sporadic rumours that they will reform and descend (it’s not clear if they will appear in bodily form [i.e. the second coming – perhaps the only second coming that people would pay to see in full] or, like 1879, as apparitions) to tour their most enduring album, ‘Jesus Saves but Cantona Taps in the Rebound’.

I was travelling back with a hangover instead of sleeping, because Sonic Youth were touring and performing ‘Daydream Nation’. Sonic Youth are a band that I was fascinated by as soon as I was introduced to them and ‘Daydream Nation’ is often held up as their ‘great’ album.

It occupies an interesting niche in their discography. Unlike their earlier albums, ‘Bad Moon Rising’ for instance, the songs more closely resemble rock/pop songs. There are other Sonic Youth albums that have a similar feel, ‘Sister’ is close, but ‘Daydream Nation’ was their last independent release before moving to DCG (Geffen). The album caters to the public’s nostalgia for the romantic myths of the ’80s American underground – who wouldn’t want to drive around the states in a van full of giant amps and busted guitars while dressed in plaid, stopping to play great music with Meat Puppets, Beat Happening, Bikini Kill or Bad Brains?

Musically, it documents Sonic Youth’s use of alternative tunings and experimental techniques to create something immediate to match the invocation of a decaying rust America, fried and dystopian urban twilight. There’s humour and feeling behind the cool delivery and heavy subject manner which is why it brought Sonic Youth and the satellites of miscellany that they arrange around themselves to a wider audience. The show at the recently re-opened Roundhouse was stunning. The poster is in my kitchen.

Following the likes of Maximo Park, The View and The Enemy, it would be easy now to hold up The Cribs’ recently announced decision to tour ‘Men’s Needs, Women’s Needs, Whatever’ on its decade birthday and The Wombats 10th anniversary show (not an album retrospective gig, mind) and then beat them down in terms of musical value and significance. That wouldn’t be hard, particularly in comparison to the albums that were being dredged up for the public ten to fifteen years ago as the album retrospective craze began to take shape.

I don’t think The Cribs or The Wombats would argue that their music stands up to the ironically titled ‘Don’t Look Back’ concerts – in 2007 alone they included ‘Daydream Nation’, the GZA’s ‘Liquid Swords’, Cowboy Junkies’ ‘Trinity Sessions’ and Slint’s ‘Spiderland’ (at the time Slint’s comeback seemed more miraculous than the one in Knock in 1879). But a long article making these unflattering comparisons would be petty and small-minded on my part. Music criticism is better served to increase understanding than to, as some people mistakenly think, ‘criticise’ in the other sense. There is, actually, a more interesting story than value judgements and musical significance. It is something that has much deeper social and economic resonances. It is a bleak picture for the professional musician and live music in larger settings.

A few weeks after the ‘Daydream Nation’ retrospective the global economy crashed and never recovered. As we are seeing, corrupt oligarchs are retaining their power and influence, each year they become more desperate and repressive. A British Prime Minister shakes hands with a fascist to facilitate a trade deal (if only that was the first time, but you get my point).

The general standard of living, real income and disposable income has declined for most people in the West. This is the first post-War generation in Britain to be poorer than their parents. The cost of rent and housing has increased in nearly every city. We have less income and pay £44,000 more rent by the time they are 30 than our parents. As a consequence, the money required to participate in expensive concerts in bigger venues just isn’t there. When people are spending their diminished incomes on live music they are more risk-averse. They want to be sure that they will have a good time.

There are smaller crowds who will pay £3-5 for a DIY show, but the people who are involved in this type of music-making are doing it out of enthusiasm and enjoyment of music – few see a career in it. This is not an entirely positive situation: the labour involved in making music is not respected or rewarded, much in the same way domestic labour, arts and humanities, and caring professions get shafted.

With the market for music in penury, record labels, promoters, venues and professional musicians needed to find a way in which a more risk-averse public could be tempted into larger concert venues. They asked: If a younger person will pay for one festival per-year and perhaps two or three larger concerts how might you get them in? Maybe there is a way in which we could combine this audience with an older generation who have more money and a glut of nostalgia?

Having seen the success of ‘Don’t Look Back’ and its ilk, they said there you have it and the number of retrospective classic album concerts increased markedly. It is an appropriation of the album as a curated piece of unmissable big-name art (like a Picasso or Matisse exhibition) and feeds nicely into the Simon Reynolds and Mark Fischer arguments about nostalgic consumption and the loss of the future (which I have always thought forgets the unruly world of local music-making where musics that are too weird for a larger audience retain a place in culture not to mention a place to exercise their strangeness).

A few other factors made this move to organised and sellable nostalgia within a live setting.

Concerts can’t be pirated. By harnessing the pulling power of a classic album, it makes up for the loss in sales caused by the advent of downloading and, today, streaming. In the mid-2000s the distinctions between record labels and promoters became less marked as they moved into each others’ turf. The decline of the weekly music press seems to have had an impact too.

Despite the flourishing of online writing and free papers, the loss of the NME and Melody Maker has diminished the chances of an album being labelled as an important or seminal album to a mass audience.

There is so much music across multimedia platforms that hitting the sweet spot of music, market, promotions and ‘authoritative’ praise from a respected voice is less likely. As a consequence, there are less albums that are received like ‘Blonde on Blonde’ or ‘London Calling’ or ‘Loveless’ and, indeed, ‘Daydream Nation’. These albums and others, on the other hand, have their significance repeated and canonised by music fans and nostalgic music publications. This feeds the misapprehension that today’s music is less worthy of attention and creates a negative feedback loop with the risk-averse audience. The new album is worth less to labels and artistes than it once was. This brings us back to The Cribs.

To survive as professional musicians the Cribs (and the Wombats) need to create spectacles rather than concerts to get people into venues (or perhaps bigger venues). They needs to engineer some element of added value that is extrinsic to the music itself and the marks somethings as more special than the typical tour.

The Cribs have tried to present ‘Men’s Needs, Women’s Needs, Whatever’ within the canon of ‘classic’ albums that are considered worthy of nostalgia and retrospectives. Considering that the first wave of musicians who toured albums were invited by ‘curators,’ the Cribs have tried something quite clever. They have elected themselves into a canon – like the myth of bands in the 1970s who would take out adverts in the press despite having no following and put ‘sold out’ over fictional gigs.

This is not to blame the Cribs, their actions illuminate a dire situation for the music industry which is a symptom of the systemic failure caused by governments who organise a society around economic gain alone rather than considering society and culture, justice and equality. With that in mind, maybe we should look back, I hear it’s the 100th anniversary of something…