Written by Michael Azerrad and Published in 2001, Our Band Could Be Your Life: Scenes from the American Indie Underground 1981-1991 remains the definitive book to chronicle the start and evolution of hardcore and DIY punk culture in the US. In it, Azerrad dedicates each of his thirteen chapters to a seminal band who did their anti-establishment bit through the decade, from Black Flag and Minutemen to Hüsker Dü and Fugazi.

Minor Threat landed with Against Me!’s Laura Jane Grace, so I spoke with her about what the band and this book have meant to her. 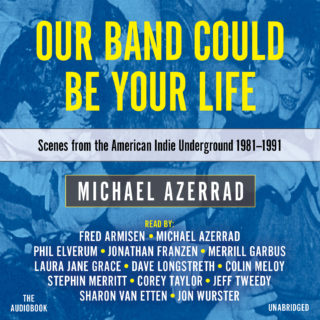 Laura Jane Grace: I was in the eighth grade when I first bought a Minor Threat record. It was that Discography record, so like the one with everything on it. I can remember that I’d had a dentist appointment and afterwards my mom had taken me to the record shop. I was allowed to pick one record, and that was the record. So if there’s one thing you can say about Minor Threat straight off the bat it’s that they’re a great antidote to toothache.

In the mid-90s, they were one of those bands that formed part of everyone’s journey into punk. You started out with The Clash, listened to the Misfits, got into Minor Threat and then discovered Operation Ivy. I devoured Discography though. I’d just started playing bass in a band and I scoured that thing for basslines. I’d just sit there and attempt to digest everything on it. They were such an interesting band; not only because of the way they played, but also who they would switch you on to. I can certainly remember finding Fugazi quite soon after buying that record and going to see them when they played in Gainesville. They were fucking incredible.

Florida felt like a pretty isolated place. There wasn’t really very much going on there at all, so we had to invent our own version of what punk was. I’m not sure how much Gainesville had in common with ’80s DC, but I do know that a lot of what we did was modelled on what Minor Threat and those Dischord [the legendary hardcore label founded by singer Ian MacKaye] bands did. They are just this really great example of making the most of where you are. Then, as it is now, everyone tells you that if you want to make it you need to move out to LA or New York, but those guys just stuck to where they were. Ian MacKaye has never moved – he’s still in the Dischord house, still making records and still has people showing up to his mom’s house by mistake. I think that message is so important – you have to recognise where you are and try and effect change there.

In a way, that’s one of the reasons why Our Band Could Be Your Life is so compelling for me. You have stories about these bands who all existed in a pre-internet world where just the idea of being in a band was a complete mystery to most people. It’s crazy to think just how young they were. Look at any of the chapters in the book and you’ll find a bunch of people straight out of high school who did something really iconic at a very early age. They have had to live with this thing as it grew and changed – in both good and bad ways.

In Minor Threat’s case, that is undoubtedly true. Take the straight-edge thing. It started out being something closely akin to the actual definition of the terminology – ‘I don’t drink, I don’t smoke, I got my edge,’ – but somewhere along the way, it became pedantic. Minor Threat and Earth Crisis are both ‘straight edge’ bands, but they’re definitely not coming from the same place. It’s a similar thing I felt with the DIY scene as time went by. It should have been about being an individual, doing things for yourself and involving other people, but it as time passed by it became more of a top-down structure if you know what I mean.

The other thing a book like this does is gives you an ability to look behind the curtains and see how the magic worked. You have to give credit to Ian MacKaye because the uncompromising parts of him definitely made it work; he just had this incredible passion and vision that he wouldn’t deviate from. It’s something I can relate to as the reasons I still do what I do are exactly the same. It’s like some itch that you have to scratch, which is why you’re over-productive, why you’re over-focused and why you wake up each morning and recommit. There’s just something intrinsic to it. It’s hard to explain. 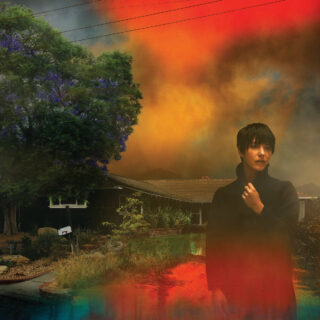 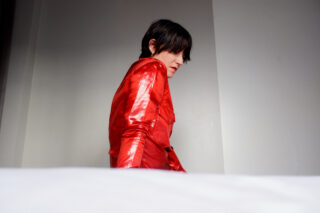