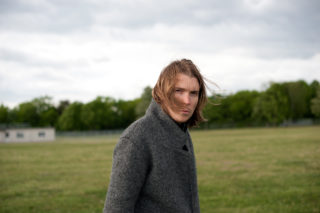 Words by Loud And Quiet Photos by Sibilla Calzolari

Normally you’d see him hypnotising jubilant crowds performing with his saxophone-clasping ‘business partner’ Roy Molloy or sleeping in a KFC parking lot, but Australian showstopper Alex Cameron is a wise man of many talents. He’s also graced more festivals than the unfortunate person who drives the poo truck around hosing down all the portable toilets. When it comes to music in a field he is an experienced sage. He’s also playing this year’s End of the Road festival. So, who better to answer your festival questions/dilemmas/curiosities before it all takes place in Dorset at the end of August? The answer is no-one.

Dear Alex:
Father John Misty is headlining EOTR this year. I love his new album, but Jesus Christ, it’s dark. What I’m saying is, when is it ok to cry at a music festival?
(Ian Tanker, Exeter)

I can’t think of a circumstance where it’s not OK to cry. It’s more about how you do it. Are you crying for humanity? Or for yourself? Are you crying on account of you brutalising an animal when you were a kid and it keeps you up at night? Or are you crying because you got a trash pile of insurmountable personal shortcomings? Divorce? Death in the family?  Jubilation? Love? Pop a tear pal. Let em have it. If no one comes to comfort you just B line for the medical tent and pretend you took a bad ecstasy tablet. They’ll hug you. I pulled that move at the 2006 Big Day out in Sydney and I’m fine today.

Dear Alex:
At End Of The Road there are no VIP areas. It makes me nervous that I might find myself stood next to a famous person. If that person was you, how should I act?
(Jennifer Framp, Woking)

Jennifer, if you see me, I’d like to speak to you. Just don’t approach me from behind and make sure you’re clear that we’ve never met before. As for my business partner and saxophone player Roy Molloy, he’s a conversational genius. Go nuts. Ask him about his childhood. He’s got a great story that involves a waterslide and the urine of women.

Dear Alex:
I’ve just started learning the acoustic guitar and have ‘Scar Tissue’ pretty much down. It’s appropriate that I bring it to the festival for the campsite, right?
(Gareth Meakon, Kent)

Bring the guitar but learn yourself a better song. Like ‘How Bizarre’ or something from Jack Johnson’s prolific earlier years. Then you should smash the guitar against a wall and use it for firewood. Keep a sharp piece of the neck under your pillow for self defence reasons. 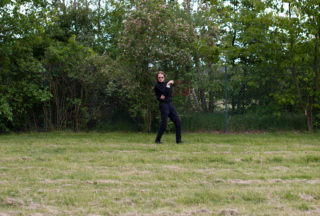 Dear Alex:
Straight up question – should I be going to the Silent Disco or the normal disco?
(Robbie Jackson, London)

I’m a normal disco kinda guy. On account of that, silent discos are a total joke.

Dear Alex:
Whenever my boyfriend and I go to End Of The Road, he wants to spend all of his time in the games area, beating kids at Ping-Pong. Am I with the wrong guy?
(Susan Shipley, Taplow)

It depends on how the sex is. Competitive guy, so I’d say he’s an eager lover. Maybe not the most dexterous or sensitive but certainly willing and able. Kinda reminds me of myself in that way. If he’s like me, all you gotta do is make it clear that he’s upset you by neglecting your needs and he’ll crumble into the shape of a small companion animal. If that doesn’t work then go single for 18 months. Get your life in order and start again.

Dear Alex:
Naturally, I want to look GOOD at the festival, but it’s difficult when you’re sleeping in your clothes. Any tips?
(Paul Hemp, Croydon)

Camping is not in the traditional realm of looking good. Last time I camped it was under a tarpaulin in a pile of people on LSD and we all went swimming in what we later found was a still part of river with a bed of human shit. I was wearing a terry towelling cricket hat and some pretty big shades though. Wear some shades.

Dear Alex:
I’ve been a bit of a rebel in the past, running through fields of wheat that weren’t mine and wot not. How would you suggest one is equally as naughty at End Of The Road?
(Annon, Westminster)

You should free your body. Remove your clothes. What are they gonna do, arrest you? Big deal. People wanna see each other nude I don’t get what the hubbub is. We’re more prudish than our parents were. Get naked.

Dear Alex:
I’ve heard the food at EOTR is really good. Is there any cuisine I should avoid, though? I won’t be having the fish curry at Reading Festival again, for example. Or any other tips for sustenance at festivals?
(Margot Falstaff, Brighton)

Sustenance is important, but I’m a big hydration guy. I make sure my whole crew is hydrated. If someone pulls up short with dry mouth or a headache or I see Roy’s in a bad mood, chances are it’s a hydration issue. Water is good, but if it’s real hot you wanna be putting some sugar in there too. Make sure the body is receiving the right salts and minerals. Don’t kid yourself. Stay hydrated. 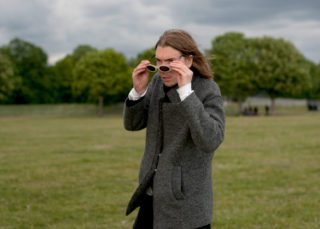 Dear Alex:
I’m sure I won’t need it, but do you have a foolproof hangover cure?
(Philip Stark, Harrow)

Dear Alex:
I’m taking my nephew to EOTR and was of course planning on seeing your show. Can you 100% guarantee that it will be suitable for an 8-year-old boy?
(Rachel Bifford, Hitchin)

Yes Rachel. Our show is 100% family friendly. If there’s anything you find offensive, I assure you it rings true in reality – and even through the darkness, I hope there’s something on offer for people from a moralistic standpoint. One of my songs also sounds a bit like the Thomas The Tank Engine theme song. He’ll like that one. It’s about alcoholism. 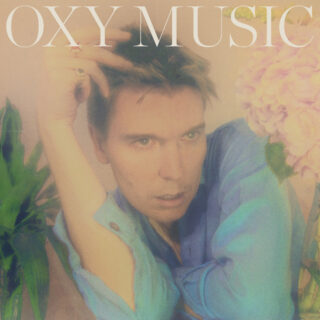