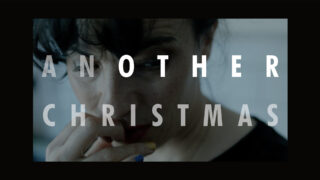 Enjoy the full project as we head into the holiday season

As you may have seen from our in-depth interview with creative director Laura Ducceschi, alternative festival film Another Christmas is an exciting project involving some stellar talent, including Douglas Dare, Eska, Duke Garwood and more.

It’s a film that’s designed to show the reality of the Christmas period as it is for many people, beyond the tinselled caricature that’s presented to us by the media and the advertising industry. As well as depicting Christmas activities – whatever form they take, for whoever is being filmed – the film features dramatic and musical performances from its creative contributors, such as a haunting rework of ‘Silent Night’ performed by Eska and Duke Garwood to an empty Brighton Dome.

Another Christmas is out now via the Music Beyond Mainstream YouTube channel. Enjoy.