It's been a good start to the year (for music)

Don’t know if you’ve noticed but there’s a lot of doom and gloom about right now. And we’re not just talking about Liverpool’s sudden downturn in form.

It was much noted that generally speaking 2016 was a bit of a stinker. 2017 has, at least, begun in promising fashion where new albums are concerned.

Here’s what we deem some of the best of the new music released in January.

Artist: Julie Byrne
Title: Not Even Happiness
Label: Basin Rock
What is it? The second album from the well-traveled US songwriter is an intimate, atmospheric piece of work full of calming influence.
L&Q says: “This is music that offers an antidote to the contemporary collective madness.”
Read the piece

Artist: Sacred Paws
Title: Strike A Match
Label: Rock Action
What is it? In a time where everything feels like it’s going backwards London/Glasgow duo Sacred Paws provide a dose of optimism with their debut LP.
L&Q says: “Sacred Paws are a joyous, much needed anomaly.”
Read the piece

Artist: SOHN
Title: Rennen
Label: 4AD
What is it? London-born producer Sohn reappears with the follow-up to his 2014 debut ‘Tremors’ – for it he traded his previous home Vienna for the warmth of Los Angeles.
L&Q says: “SOHN’s nearest sonic neighbour is James Blake, but for all their similarities in song construction, ‘Rennen’ sits in stark contrast to Blake’s rambling album from 2016: leaner and more focussed.”
Read the piece

Artist: The xx
Title:  I See You
Label: Young Turks
What is it? ‘I See You’ is The xx’s most muscular, mature and adventurous record.
L&Q says: “On ‘Replica’ and ‘I Dare You’, a quiet propulsion more commonplace on Fleetwood Mac albums than on xx ones emerges, generating the closest the trio has ever got to a swagger.”
Read the piece

Artist: Loyle Carner
Title: Yesterday’s Gone
Label: AMF
What is it? The south London rapper’s debut LP is about love and family is a hip hop record more interested in humility than egotism.
L&Q says: “The album is a smooth ride, where mild currents of g-funk nestle up next to jazz tinges and R&B grooves.”
Read the piece

Artist: Ty Segall
Title: Ty Segall
Label: Drag City
What is it? Ty Segall’s body of work can be daunting to even face – his solo 10th album is a perfect entry point.
L&Q says: “After nine years of making albums under his own name, and countless others with countless others, this second eponymous effort will be a welcome addition to a bulging catalogue.”
Read the piece

Artist: White Dog
Title: Sydney Limits
Label: Agitated
What is it? Hardcore band White Dog embody a side of Sydney life removed from the harbour bridge and opera house.
L&Q says: “‘Sydney Limits’ is an aggressive debut album about living in a world city that’s becoming bought up by the planet’s super rich.”
Read the piece 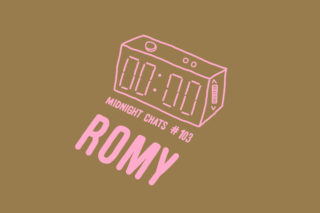