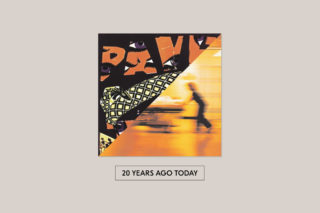 A whole load of significant albums were released in 1997, so Sam Walton is revisiting each one on its 20th anniversary. He looks back at what connects 'Blur' and 'Brighten The Corners' beyond a shared release date

Release dates can be an obscure hook on which to hang a story, but for a short period of Blur’s history in the mid-90s, two in particular feel important, due less to Blur’s releases on those dates and more to the music that arrived alongside it. The first – duh – is 14 August 1995, when ‘Country House’ went up against ‘Roll With It’ and triggered the Battle of Britpop. The second is 10 February 1997, when Blur appeared in the new-release racks alongside ‘Brighten The Corners’ by Pavement, a band hitherto unrelated to them but who quickly became a byword for their late-period reinvention.

But where the first clash is now regarded as iconic – a deliberately combative, hostile act – the second must surely be coincidence, as the respective fanbase of each band would’ve made any sort of “battle” for chart supremacy a mere walkover. However, in the following weeks, Pavement’s fourth album became a sort of framing device for Blur’s fifth – Q even suggested that Damon Albarn was “promoting the new Pavement album as if paid to do so” – and perhaps usefully so, too: Blur’s dive from polished, detailed, classically British pop into the music of the American slacker underground was so jarring to an audience seduced by Britpop that ‘Brighten The Corners’ could act as a useful travelling companion on a journey into unexplored territory.

The identical release date isn’t the only coincidence here, however. Indeed, there are so many striking similarities between ‘Blur’ and ‘Brighten The Corners’ that were it not for their very different parents, these records could almost be twins.

Perhaps most conspicuous is how much both albums revel in imperfection and fug. Graham Coxon talked excitedly at the time about “un-learning the guitar”, leaving sloppy tunings to facilitate approximate (if engrossing) playing. Equally, vocals are bellowed through transistor radios, creaks and missteps are preserved within the finished mix, and frequent use of multiple drummers leave both albums with similarly matte finishes. Add occasional dabblings into trip-hop (Pavement’s smokey, shuffled breakbeat in ‘Blue Hawaiian’ and Blur’s ‘Theme From Retro’’s buzzsaw Hammond organ don’t necessarily stick out on their respective albums, but neither do they recur), with its associated tonal darkness, and these twin records, full of flips and mood swings, entwine further. Moreover, while it could simply be a consequence of standard running-order strategy that both records front-load their tracklisting with singles, such parallel sequencing nonetheless allows a sort of trans-Atlantic diptych to emerge.

Lyrically, the similarities are maybe more abstract, but still detectable. At the most basic level, both records communicate in a sort of Esperanto that sounds as if it should make sense, even when it doesn’t. For Pavement, that’s manifested in Stephen Malkmus rolling inherently satisfying surrealist phrases, such as ‘Type Slowly’’s “leather terrarium” and “blue incandescent guillotine”, around his mouth like gobstoppers; Albarn, meanwhile, deals in wilfully unsophisticated rhymes: in just the same way that ‘Beetlebum’’s bum-numb-dumb-thumb couplets are a retrograde step from something as witty as ‘Country House’’s Balzac-Prozac line, it’s fitting that the entire album’s most famous lyric is “woo hoo”.

Around this obfuscation, though, both Malkmus and Albarn drop snippets of autobiographical confession, rendering both albums as crossword puzzles that dance around themes of melancholia and alienation rather than addressing them directly: “I’m an ‘island of such great complexity’,” declares ‘Shady Lane’’s sardonic narrator sharply, as if uneasy with the characterisation. More directly, when ‘Strange News From Another Star’ sees Albarn repeating “I don’t believe in me”, the self-doubt reverberates hard across a linguistic landscape more opaque than Blur had ever drawn before.

Then again, for all their parallels, ‘Brighten The Corners’ and ‘Blur’ are potentially less like twins and more like mirror images, similar yet simultaneously opposed. After all, while both records are follow-ups to somewhat unfocused, sprawling predecessors, the way each band addresses their previous shortcomings is very different. For Pavement, the experiments of ‘Wowee Zowee’ are sharpened into complete songs on ‘Brighten The Corners’; by contrast, Blur slacken, rejecting the precision and gloss of ‘The Great Escape’, both lyrically and musically, almost wholesale. Nowhere is this divergence more marked than on both records’ singing cameos from their respective guitarists: where ‘Date With Ikea’ is the straightest, briefest track on ‘Brighten The Corners’, as clean and clear as anything Pavement had released, Coxon’s ‘You’re So Great’ is coarse in comparison even to its rugged surroundings.

Most poignantly, though, given each band’s well-documented antipathy towards grunge, both albums brush against the legacy of Nirvana in curiously conflicting ways. Specifically, ‘Stereo’’s nonsense yelp of “My baby gave me malaria/hysteria!” comes over like a rather dismissive mockery of ‘Smells Like Teen Spirit’’s mosquito-libido couplet, but in more general terms Malkmus’ continued deadpan delivery on ‘Brighten The Corners’ seems deliberately planned to undermine grunge’s histrionics. By contrast, the drumming that starts ‘Song 2’ echoes Teen Spirit’s in respectful homage, and the rest of the album’s oblique but near-constant drug innuendo – something not spotted during the time by any critics, but seemingly confirmed by Albarn in 2014 when he admitted to regularly using heroin during Blur’s recording – picks up one of Kurt Cobain’s most enduring fascinations.

Further mirroring one another, ‘Brighten The Corners’ was Pavement’s first album to contain a lyric sheet, and ‘Blur’ Blur’s first to not. Sure, that could be ascribed simply to a quirk of production, but the respective degrees of desired transparency implied by the decision are still hard to ignore.

At twenty years’ distance, though, the two records’ more unambiguous differences become easier to discern. For a start, ‘Blur’’s heaviest moments now appear more kooky than confrontational: ‘Chinese Bombs’ and ‘Song 2’, in particular, a pair of tracks described at the time by Stuart Maconie as “blasts of inchoate noise”. seem mild in comparison to a song as raucous as ‘Transport Is Arranged’. That taming could be a result of two decades of ubiquity in ‘Song 2’’s case, but even so there’s more than a hint of mannered, stage-school brattiness to Albarn’s performance that remains a long way from the no-wave that Blur were trying to ape.

But irrespective of authenticity, it’s the varying levels of accessibility that divides these albums most clearly: in 2017, ‘Brighten The Corners’ remains utterly uninterested in approval, happy to bask in its own clever clutter and unconventional musicianship. By contrast, ‘Blur’ is an album full of singalong melodies (more, perhaps, than the band ever intended), no matter how they’re dressed. Even on ‘Essex Dogs’, the scabrous eight-minute spoken-word noise piece that closes the album, Albarn can’t resist decorating Coxon’s squall with his dainty “I can see the universe” playground chant and, as the song ascends to its white-noise climax, Alex James’ bass feels obliged to offer a melodic descant to counter the fuzz.

‘Blur’ became the band’s biggest-selling record internationally, but was less popular domestically than either ‘The Great Escape’ or ‘Parklife’ (themselves both relative duds outside the UK), perhaps suggesting how susceptible British audiences had become in early 1997 to polish and presentation over songcraft. Its sales could also be a marker of how much Britain had quarantined itself from American tastes in the previous years – although the runaway success of ‘Song 2’ in particular also signalled an appetite for change. The earthier appeal of ‘Brighten The Corners’, meanwhile, would have less of a direct impact on the UK’s mainstream, although in hindsight its sense of honesty does have the dubious honour of helping to define ‘Blur’ as the first of Damon Albarn’s many stylistic flirtations.

But perhaps the biggest difference between the two albums is how each has aged – at 20, both records might be more representative of their creators than ever: ‘Blur’, with its huge hit singles set against measured artiness and its canonical significance within Britpop, now feels almost like classic rock. ‘Brighten The Corners’, on the other hand, has less of that baggage, allowing its idiosyncrasies to shine more purely even now: other Pavement albums are more adored by fans, or deemed more important, and so their fourth has matured more quietly, and rather impressively. One suspects those trajectories will endure, too: ‘Blur’ and ‘Brighten The Corners’ will be forever linked by a shared birthday, but their personalities will continue to diverge.