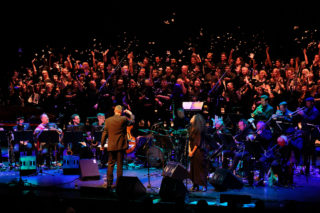 Boris wasn't seen in the crowd

Unless you’re Ringo Starr it’s a fairly well established position within the musical world to oppose Brexit, to reject what Brexit stands for and the narrowing of horizons that goes along with it. Mention the issue in any artist interview, and more commonly than not the response will be that, yes, of course, it’s a bad thing. But no-one has articulated this view musically quite so explicitly or as strikingly as Matthew Herbert and his Brexit Big Band.

Herbert’s diverse background includes stints as a dance remixer, composer, and – very pertinently now – a brief involvement with the Eurovision song contest; since the turn of the millennium though he has been brandishing his big band sound. The central premise of his two-year project is this: it began on the day that Article 50 was triggered, and will culminate in an album release on the day that Britain leaves the EU. Along the way, there are collaborations and alliances with musicians from each of the remaining twenty-seven EU countries, and tonight’s show, while huge in itself, is just one small part of this.

No surprise that it’s a one-sided crowd in tonight – and the atmosphere is predictably one of warm agreement. The audience are repeatedly told that this is a celebration, not a protest, and it really does feel like that – a tangible demonstration of the joy of cross-border collaboration. 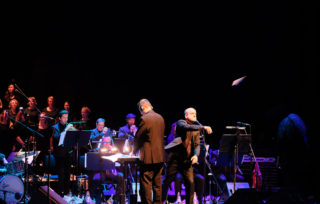 This kind of big-band music always feels huge, slick and shiny. Herbert himself is sharp-suited, the architect-in-chief of the performance, wandering around among his couple of dozen brass-glinting musicians and the hundred-strong choir behind them. There’s a conductor on stage doing most of the musical heavy lifting, as it were, so Herbert cuts an eccentric figure, a mad genius pulling the strings.

One song involves the rhythmic destruction of hundreds of copies of the Daily Mail, each tear forming part of the song’s percussion. A centerpiece of the set is a song where the lyrics are words lifted from Article 50 itself.

Towards the end, each audience member is asked to write a message to Europe on a piece of A4 paper, turn it into a paper aeroplane, and hurl it at the stage. For the whole of the last two numbers the air is filled with darts, as hundreds fly onto the stage and around the musicians. If there’s an exemplary and enjoyable way to voice a pro-EU message, then Matthew Herbert really has found it. 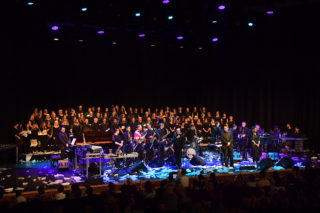 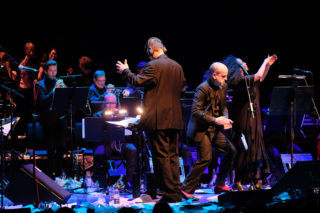 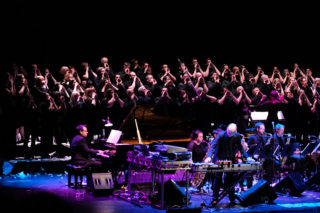 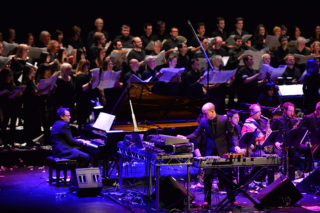